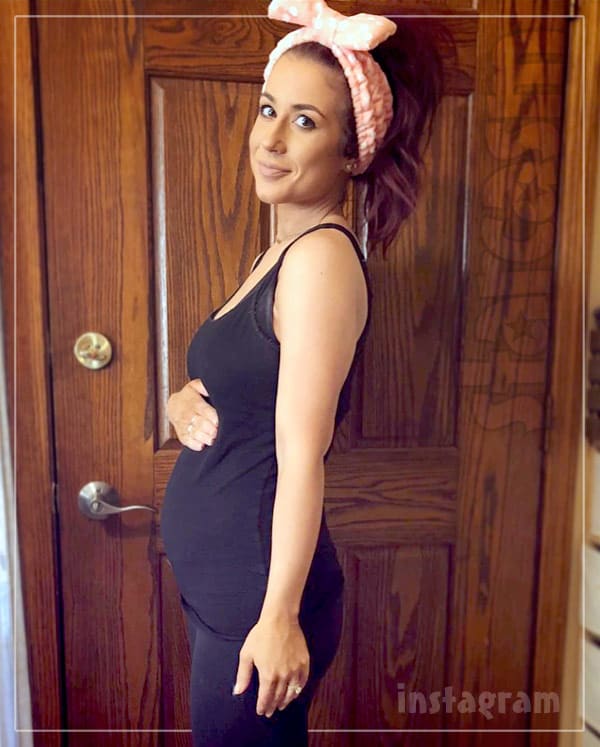 Roughly two weeks after announcing she is pregnant with her third child, Teen Mom 2 star Chelsea Houska DeBoer shared a photo of her growing baby bump on Instagram.

“Oh hey little baby girl,” Chelsea captioned the photo adding the ? pink ribbon emoji. If you’re curious about Chelsea’s towering Minnie Mouse hair bow headband, she assures her followers that it is just temporary as she finishes up her beauty regimen. “Don’t mind the headband,” Chelsea writes, “I’m in the process of doing my make up ?.” (She obviously wasn’t addressing this oversized headband bow lover!)

It may not seem like Chelsea’s belly is showing too much, but it does appear to be a bit larger than her last baby bump pic just after her announcement. Well, maybe: 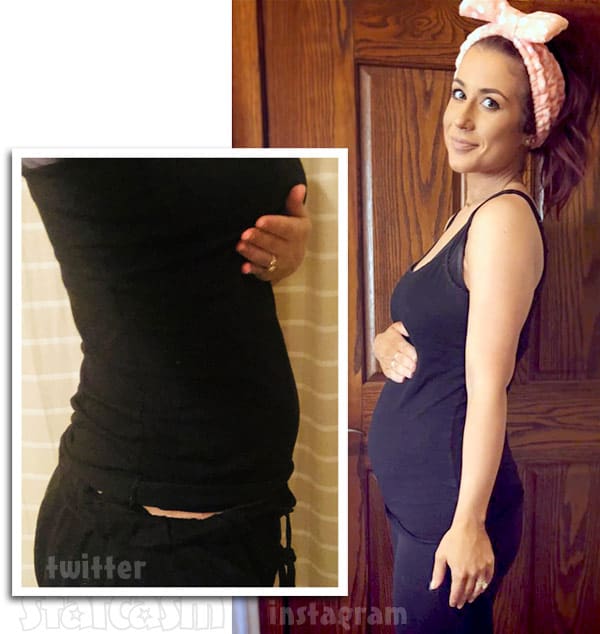 Chelsea is roughly four-and-a-half months along and due sometime in September. “But I’m thinking she’ll come in August because I tend to have my babies a couple weeks early!” Chelsea clarified.

In addition to de bump DeBoer, Chelsea also shared a gallery of images of her son Watson getting his first haircut courtesy of Chelsea’s beauty bestie Landon Blow:

Someone got his first little haircut today and he did GREAT! ✂️@landiduh ?@tyjacobsen

That is one dapper little dude yo! But I guess that makes sense given his gene pool (aka Dr. Randy Houska).

A huge thanks to Chelsea for continuing to share these photos as well as posting videos via Instagram and Snapchat! I get the impression that she is pretty shy and very protective of her privacy (despite being on one of the most scrutinized reality shows in television history), and I think it would be quite easy for her to just bail on social media altogether — especially at times like these. Her family photos always bring a smile to my face and a little warmth to my heart, which can be quite refreshing for someone who reads stories about abuse, arrests, and backstabbing drama all day. #TeamDeBoer