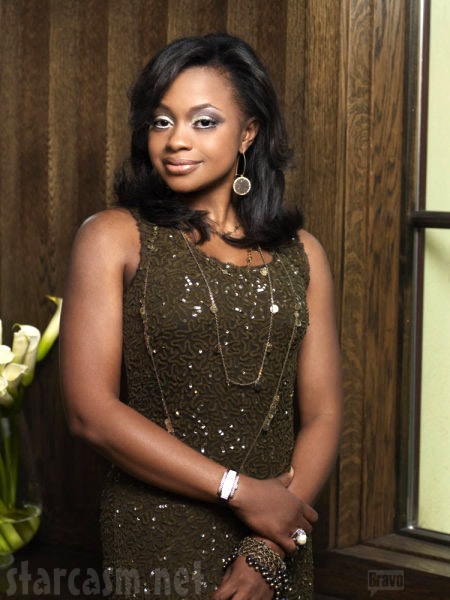 Say what you will about Real Housewives of Atlanta’s Pheadra Parks, but she is a godsend to the show. I honestly believe that she’s probably really fun and down-to-earth to talk to (as everyone who knows her in real life reports,) but let’s just say she gives good television (or good interviews, in this case.)

From the bejeweled eyelids, to claiming that white people eat nothing but canned foods, to pickle photoshoots, to giving sketchy deets about her due date,; Phaedra has been entertaining. And she doesn’t stop with television. On the Season 3 reunion, Phaedra announced that she was in the process of buying a funeral home. Giver credit for originality, and strong business sense. When asked what they’re going to do next, most housewives write books (well, she’s going to do that too,) launch singing careers, makeup, handbags, bedding lines, decorative cuffs, etc.

There are so many questions about this funeral home. Where? When? How? Will there be rhinestones invovled?

Thankfully, Phaedra provided a few answers to those questions this March in an interview with Black Voices.

When asked how her funeral business was coming along she replied:

It’s coming. I’m trying to really make sure I position myself at the right location. I’ve been meeting with people and do my research. With any business, you have to do some due diligence. I can’t move to a town where ain’t nobody dying. You need to know your market. I’ve been studying and trying to find a place where there are a lot of deaths, a lot of rivers for people to drown in and a lot of motorcycles.

Phaedra goes on to explain that she’s developing a boutique funeral home, much like her boutique law firm, specializing in people who want to do a little something extra for their deceased loved one:

It’s a good fit for me because I don’t want to bury everybody. I want it to be a boutique funeral service just like my law firm. We’re giving people a great service; we’re black folks, so we’ll have a good party at the repast and some wonderful white horses and carriages and doves along with bejeweled programs and quilts with faces. I got all kinds of ideas.

White horses and carriages! Bejeweled programs! Quilts with faces! This definitely sounds like a bit like a funeral styled in the essence of her baby shower. You know what they say: Go big, or go home.

UPDATE: During season 4 of RHOA, airing fall of 2011, we get to see Pheadra research her new business, and talk to Kandi (who also has a side business selling premium vibrators) about how much she likes designing funeral programs, putting makeup on dead people and folding their hands so they look beautiful. She follows up in interview with an insightful comment about herself and Kandi that should be nominated for quote of the year: “Her inspiration leads me to the world of sex, mine leads me to the world of the dead.”

It’s actually delightful how un-macabre Phaedra’s passion for funeral home directing is. In fact, Phaedra’s attitude and pizazz about funerals has given comfort to many, including comedian Kathy Griffin. She told WetPaint:  “It actually has taken away my fear of mortality and death, knowing that when it’s my time and when the lord calls, Phaedra will put me in a pretty satin box and then there will be a hearse that lights up and I will drive through the streets of Atlanta with my dead hand waving at NeNe.”

What Is Kenya Moore’s TV show Life Twirls On about? Did Bravo pick it up?