Can Biggest Loser Olivia Ward really sing? Does she have as bright an operatic future as her hopeful interviews might lead us to believe?

If we go by Bob Harper’s teary reaction to her rendition of Charlotte’s aria at the end of episode 18 , then the answer would have to be “yes,” but the since we couldn’t really hear her sing on the show Tuesday night, we can’t really judge for ourselves. (Why did they play interviews over so much of her singing?)

A little investigative reporting, Starcasm-style, reveals that before the Biggest Loser Olivia Ward may not have liked her body, but her voice was another matter entirely. Finding work as an opera singer isn’t easy, and Olivia has a proven record of winning roles in production after production with companies like the Nevada Opera, the Nashville Opera, and the Mobile Opera. 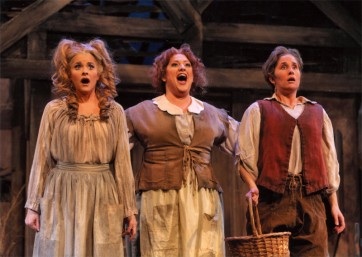 At least one reviewer gave high praise to the Nashville Opera’s 2009 production of Romeo and Juliet and singled out Olivia, calling her mezzo-soprano voice “plummy.” (That’s good, right?)

With a 1998 Bachelors in vocal performance from the University of Alabama in Tuscaloosa and a Masters in Opera from the New England Conservatory in 2002, Olivia definitely has the background. Gauging by her Biggest Loser performance so far, there’s no doubt that she knows how to work. 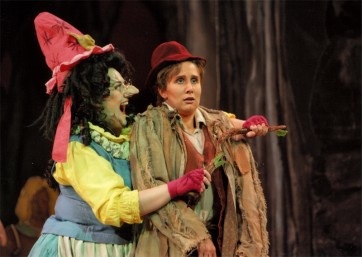 She might not like the photos of her pre-Biggest Loser body in costume, but the role that Olivia gets the most praise for is her rendition of the Witch from Hansel and Gretel. Unfortunately, we can’t hear Olivia’s plummy voice any better in these photos than we could on the show Tuesday night, but there is no doubt that our girl from the purple team knows how to command a stage. 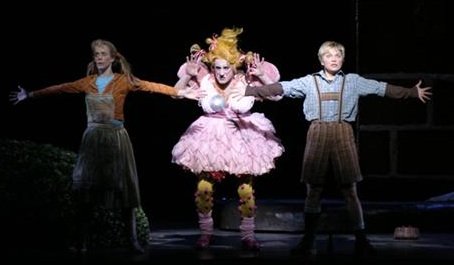