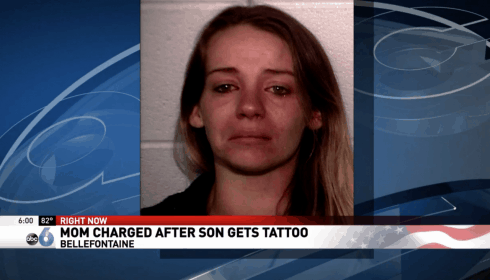 34-year-old Ohio mother Nikki Dickinson is charged with first-degree misdemeanor child endangering and contributing to the delinquency of a minor after allowing her 10-year-old son to be tattooed in unsanitary conditions. A video of the event shows it took place in a home, at the hands of a 16-year-old who wasn’t wearing gloves.

The reason Nikki gave for letting her son get inked at such a young age? She was “tired” of him constantly asking for it.

Ohio does allow minors to be tattooed with the consent of their guardian, but not under conditions that do not meet health and safety guidelines. On that note, the 16-year-old who did the tattooing also faces charges: he was arrested for “performing tattoos in a manner that doesn’t meet safety and sanitation standards, and tattooing in a manner that does not meet sterilization and disinfection standards.”

Apparently, this particular 16-year-old has inked plenty of people in his home before: at least one of the teen’s clients may have developed a dangerous MRSA infection from the procedure. 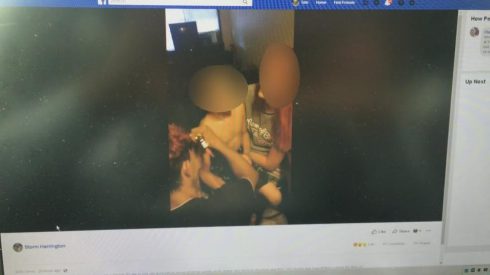 According to WSYX/WTTE, authorities were tipped off when Facebook user Storm Harrington posted a video of the 10-year-old boy getting tattooed by the teen. The clip faced instant backlash from concerned commenters.

Woman found love, only to learn her beau was her brother

Is that a python in your pants or are you just unhappy to see the cops?