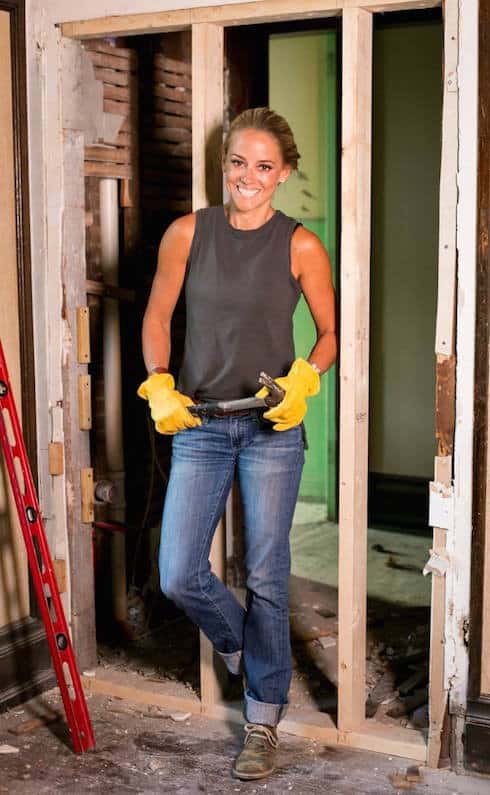 Rehab Addict star Nicole Curtis has been locked in a grueling custody battle with the father of her two-and-a-half-year-old son Harper for over a year. And, though the father recently filed a new court claim asking for more time with Harper, things for Nicole Curtis and Shane Maguire are “better” than they’ve been in some time–though, Nicole is quick to point out that doesn’t mean everything is settled.

Nicole made the comments in a recent interview with People. They came at the very end of the article, so the emphasis was elsewhere–but her words did seem to offer a ray of hope. “We’re working on it,” Nicole said, adding, “It’s still not perfect or even close, but it’s a lot better.”

In fact, Nicole Curtis and Shane Maguire and Harper all traveled to their most recent court hearing together–a fact Nicole documented on Twitter, to the surprise of many a fan:

No words for my ❤️as I board a plane with my son AND his father pic.twitter.com/UqylC2VYUk

Things are “slowly getting to a more secure place” between Nicole Curtis and Shane Maguire thanks in part to Shane moving from Minnesota to Michigan to be closer to Harper earlier this year. (He won custody in October of 2016, and has been fighting for more time since then.)

However, one of the main points of contention between the parents has been Nicole’s insistence on breast feeding Harper, which Shane says has cut into his time with the boy. Nicole was granted access to Harper once per day during Maguire’s visits, in order to breastfeed Harper, after “legally proving” that her body didn’t produce enough milk for her to pump and bottle it. But the daily visits became a point of contention for Shane, who said that Nicole was deliberately keeping Harper on the breast in order to spend more time with him.

So, in documents filed this week, Maguire formally asked for more parenting time, arguing that the visitation schedule the court established in 2016 is no longer helpful, since, at the time, both Nicole Curtis and Shane Maguire both had primary residences in Minnesota.

“[Maguire] now resides in Michigan,” the documents read, and is therefore available for additional parenting time without requiring airline travel to exchange the child….Because [Maguire] now resides in Michigan, he is available to take the child when [Curtis] is required to travel out of town on business—again lessening the amount of airline travel for the child, especially given the number of times [Curtis] has stated that the child has been too sick to fly.”

On a not unrelated note, earlier today, Nicole took to Instagram to show off her newfound juggling skills. Here she is handling motherhood, her eyebrow appointment, and the #normalizebreastfeeding torch, all at the same time:

LHHNY Juelz Santana prison sentence on firearms charges: When will he get out?