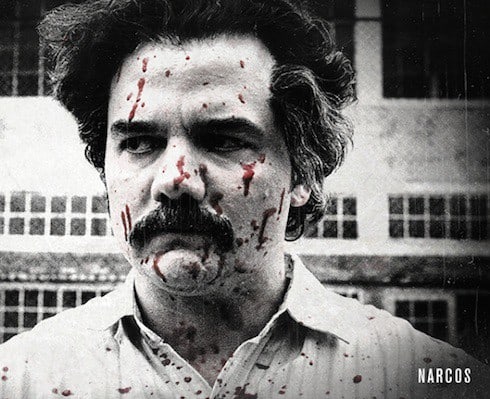 Is Narcos a true story? How much of it is real? Questions of the Netflix original series’ veracity have intrigued viewers since its debut, thanks in large part to a steady stream of realistic, but fictional portrayals of criminal enterprise. But Narcos, unlike The Wire or Breaking Bad, doesn’t just draw inspiration from real-life–it gets almost all of its material from actual events and actual people, and manages to weave its elements together to depict the chaos of Pablo Escobar’s reign as leader of the Colombian cocaine trade.

A 2015 Guardian feature proved the producers’ intention to demonstrate that Escobar was, as Pedro Pascal (Javier Peña on the show) put it, “a saint to some, a villain to others.” Co-creator Eric Newman said he and partner José Padilha went out of their way to keep Escobar from becoming “the Robin Hood of Medellín.” Said Newman, “I really love movies like Scarface, but that sort of slightly heroic drug dealer thing doesn’t work any more. I think that’s why a lot of Pablo Escobar stories they’ve tried to make in the past haven’t really worked.” 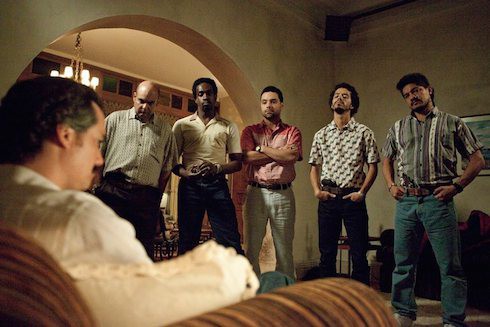 To that end, then, the show’s creators were able to answer the “Is Narcos a true story” question for themselves by sticking to the facts assiduously and letting Escobar’s own deeds (and misdeeds) inform the viewer. And, since Escobar was an outlandish man with an eleven-figure fortune, it’s easy to believe that some of the show’s more outlandish depictions were fabricated.

As a Bustle article on the topic of fact and fiction in Narcos points out, though, pretty much everything in the show that seems over-the-top actually did happen. Pablo Escobar really did use some of his $30 billion fortune to build schools and hospitals and help the poor, Robin Hood-style. He also really did have a fleet of helicopters, and used them to flee pursuers on more than one occasion. All the murder, bloodshed, bribery, and violence packed into the 10 years that Season One covers? All pretty much true, other than a few names changed for legal reasons.

“Pretty much” doesn’t mean that the show is 100% true to life, however, as at least one exposé has taken pains to point out. Escobar’s family–including his brother, Roberto, who was “originally Pablo’s accountant and confidant,” is absent from the series, along with his six other brothers and sisters. The Armed Revolutionary Force of Colombia (known globally as FARC), the largest guerilla force in Colombia for decades, is also noticeably absent. And, at least so far, the show has omitted the Castaño brothers: Fidel, Carlos, and Vicente, who formed what amounted to a counterterrorist group called “Perseguidos por Pablo Escobar” (People Persecuted by Pablo Escobar), or “Los Pepes.” The group became notorious for hunting down and killing scores of people who worked for or even associated with Escobar, and ultimately collaborated to some extent with the US and Colombian governments as the war against Escobar intensified. 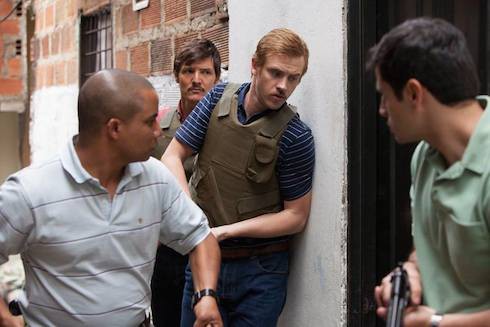 Of course, the above examples of omission aren’t exactly factual errors; their absence could simply be a case of the producers needing to shed certain real-life stories in order to tell others fully. But one oft-criticized consequence of verisimilitude during Narcos Season One was the show’s tendency to introduce a large number of secondary and tertiary characters–and then, because the people on whom those characters were based were killed in real life, to kill off the characters, sometimes in the very same episode. IGN’s review and ongoing, spoiler-laden discussion of the season made a special note of the trait:

While Narcos goes to great lengths to show us why and how these bit players are important to the ongoing Escobar saga, it often feels like the writers could have taken some liberties in order to streamline the narrative and perhaps devote a little more time to Murphy and Peña. It’s a double-edged sword because the sequences with these side characters…are some of the show’s most exciting, episode-to-episode….The prime example of this is the kidnapping and subsequent botched rescue attempt of Diana Turbay, the TV journalist [who] refused to paint Escobar in a flattering light. While this episode is tense and unnerving–one of the show’s best–it comes at a time in the season when we already know Escobar is a bad dude. We’ve seen him kill so many people that showing this as well is of little consequence, narratively. Diana’s death doesn’t do much to advance the plot or characters forward; it just reinforces the things we already know. While I understand including Turbay for historical reasons, it simply felt extraneous. 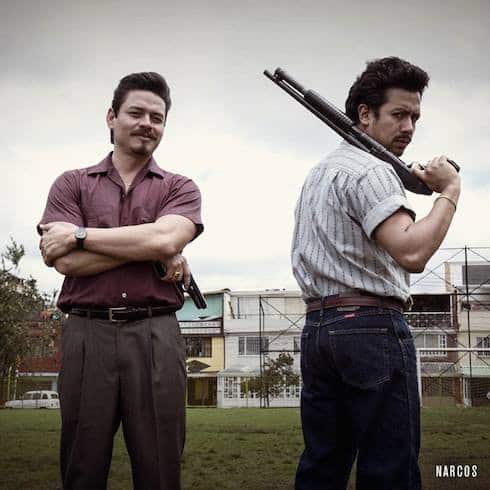 Speaking of those DEA agents, the real-life Javier Peña and Steve Murphy were close consultants during Narcos‘ conception and initial writing, and allowed themselves to be hounded by the show’s producers for facts and recollections of all sorts. In fact, the pair were so behind-the-scenes that they didn’t even visit the set until late in the first season’s filming: speaking to Men’s Journal last year, Murphy revealed that he and Peña instead “flew to California to work with the writers. After that, we spent hours and hours on the phone and on email answering questions and filling in the gaps.”

As for informing the actors, Peña said that he “tried to tell [Wagner Moura] everything I could about who Escobar was, that he was an egotistical, power-hungry maniac. I told him that while Escobar was creating this Robin Hood character to present to the people, he was a truly violent man who would kill anyone in his way.

“He was terrifying,” Peña went on. “He had this Robin Hood aura around him, providing money to the churches and the schools. When he declared war on Colombia, you learned how powerful and violent he was….The killings. The billions. I remember saying, ‘This can’t be happening.’ But it was. I don’t think that Hollywood would be able to come up with the kind of plots that he concocted if they tried.”

Indeed, there are now serious concerns about the future of the show, since Narcos Seaso One crammed a over decade’s worth of stories into ten episodes, Season Two starts in 1992, and Escobar was killed in 1993. In response to those concerns, Narcos‘ producers state with confidence that the show doesn’t need Pablo Escobar as its antagonist in order to continue. “We plan on stopping when cocaine stops,” Eric Newman infamously said at the Season Two premiere. “”I think there’s a reason why we call this show Narcos and not Pablo Escobar. It’s very much about the trade. There are other drug dealers and there are alliances formed against Pablo, so there are a multitude of stories we could tackle.”

Narcos is available exclusively on Netflix.

(Photo credits: Is Narcos a true story via Netflix)

Nicole Curtis update: Is the Rehab Addict star pregnant for a third time?