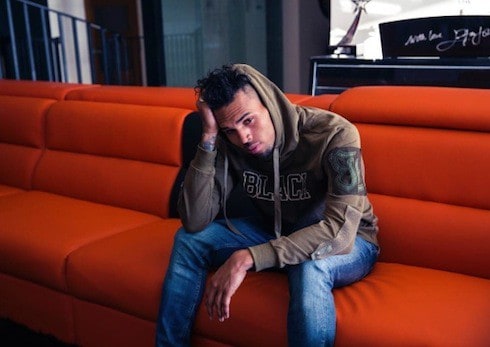 The Chris Brown standoff latest news involves a peaceful end to the ten-hour stalemate between Brown and the LAPD over what the singer’s rep says is a “demonstrably false” charge. Brown was arrested on one count of suspicion of assault with a deadly weapon following an altercation at his home; the details of that altercation remain somewhat sketchy, but, thanks to police interviews, more facts are beginning to emerge.

Approximately 24 hours ago, at 3 AM PST on August 30th, police were summoned to Chris Brown’s home in Tarzana following a 911 call placed by a woman named Baylee Curran. Curran, a former beauty pageant contestant, claimed in the call that Brown had pulled a gun on her; she later told several media outlets that Brown did so because Curran was “admiring a piece of jewelry” held by a member of Brown’s entourage. Curran later elaborated for the Los Angeles Times, telling the publication that a man had been “showcasing diamond bracelets, necklaces, and watches,” and that Brown snapped into a “violent rage” when she began inspecting the pieces.

“I don’t know if it was Chris’ friend or how he was related,” Curran said, “but that’s when he told me to back away from the diamond necklace and started cussing me out and calling me names,” she said. “That’s when Chris pulled his gun and told me to ‘Get out,’ he said. ‘I’m sick of you girls, get the F out!’”

Though Brown’s two-year-old daughter Royalty was apparently in the home at the time that police arrived, Nia Guzman, the child’s mother, arrived and removed the child either just before or just after the tense standoff began. Other members of the evening’s party, including Love & Hip Hop Hollywood star Ray J, were permitted to leave. Brown refused to let the police inside without a warrant; it seems that trouble securing a search warrant was one of the primary factors in the standoff’s unusual length. 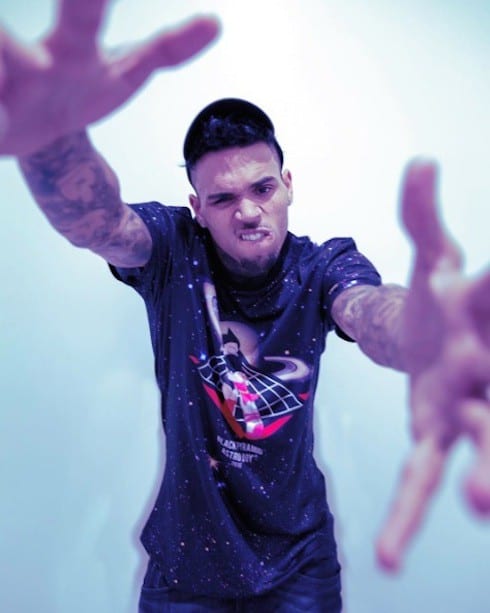 According to the Los Angeles Times, Brown was arrested late Tuesday afternoon “on suspicion of assault with a deadly weapon.” He was released from jail at 11:15 Tuesday night after posting a $250,000 bail. According to Mark Geragos, Brown’s attorney, he and Brown were together while the police searched the house following the standoff’s conclusion, and Brown did nothing wrong. In addition, the Times report points out that Brown has yet to be charged with a crime: “It is common for prosecutors to announce a decision on whether to file charges close to the date of arraignment,” and Chris Brown’s date has been set for September 20th.

Brown celebrated his release by continuing to proclaim his innocence–

–and reminded haters, detractors, and other naysayers, in a since-deleted Instagram video, that they can “suck a fart out of [his] a$$.”

On a related note, Slate managed to transcribe each of the three videos that Brown uploaded to Instagram during the standoff. Here is the full Chris Brown Instagram standoff transcript:

So I’m asleep half the damn night, I just wake up, all these motherf*ckin’ helicopter choppers is around, police out there at the gate. Come on, my n!gga—what the f*ck else do y’all want from me, bro? I stay out of the way, take care of my daughter, do work. I don’t need f*ck-ugly b!tches, triflin’ b!tches, whatever the f*ck it is. I’m not on that, bro. I’m way too tired to want to be dealing with this bullsh!t. Every three months y’all gotta try me, right? It gotta be. Every three months, y’all come up with something, bro. What is it? What’s gonna be next? I’mma fart an elephant? Come on, my n!gga. But at the same time, when I call the police, for stalker people that are endangering my life, they don’t come till the next day. Let somebody make a f*cked-up allegation about me, and oh yeah, the whole f*cking S.W.A.T. team! My n!gga, I’m innocent, f*ck everybody, I’m tired of hearing this shi!t.

And all this news sh!t, y’all ain’t doing nothing but giving me better publicity. Every—how old is it gonna be? Come on, my n!gga, I’m tired of this sh!t. “Barricaded myself in my house,”—have you seen my house? I’m gonna barricade myself in a palace. I’m not coming out. For what? I ain’t did sh!t, I ain’t gonna do sh!t, and it’s always gonna be f*ck the police, black lives matter, n!gga. I don’t care. Y’all gotta stop playing with me like I’m the villain out here, like I’m going crazy. I’m not. You guys got me f*cked up though, so, good luck! When you get the warrant or whatever you need to do, you gonna walk right up in here, and you’re gonna see nothing. You idiots. I’m tired of f*cking dealing with y’all. Y’all the worst gang in the world, the police. And I said it. F*ck you.

And while we on my promo kick, let me not forget to say, go stream, download, buy “Grass Ain’t Greener,” video out—ironic how I put a crazy video out, right, and then you got a bullsh!t-ass story. But when I’m sitting over here, withering away, and oh, yeah, “F*ck Chris Brown,” it’s the end of the world. I don’t give a f*ck, I’m not running for politics, I don’t give a f*ck if I get personal opinions. All y’all can suck a fart out of my a$$ for all I care. But what I do care about is y’all defacing my name as a person and my character and integrity. I am a father. I am one of the best entertainers out here, without bragging—I ain’t trying to say, “Woe is me, I don’t get enough credit”—and all y’all n!ggas know, I’m your daddy, n!gga. So at the end of the day I’m tired of this sh!t. I’m up at six, at seven something in the morning, talking this sh!t. For something I didn’t do. How would you feel? F*ck this fame shit, I’m a real n!gga. F*ck y’all.

Why is Florida so weird? Experts suggest causes