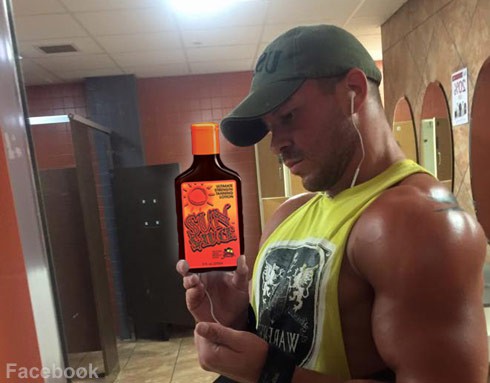 Nathan Griffith has been arrested, following an incident in which Teen Mom 2 star Jenelle Evans accused him of stealing items from a car registered under both of their names.

When Evans returned from a Florida vacay last month, she discovered that her car was missing from the airport’s long-term parking. She filed charges against Griffith on January 24th, and a warrant was issued for his arrest.

At the time, Lt. Brewer of the New Hanover County Sheriffs Office said “It’s a misdemeanor larceny charge. She claims he took a car seat, bracelet, tanning lotion, clothing and some other items with a total value of $1000.”

Brewer also told Radar that “A misdemeanor warrant is not something we normally send someone out on. Additionally he does not live in this county. So unless he turns himself in or gets stopped by law enforcement for some reason, the warrant will most likely go un-served until one of those two things happen.”

It’s unclear if Griffith, who shares son Kaiser with Evans, turned himself in. According to public records with the New Hanover County Sheriff’s Office, Griffith was arrested yesterday just after 1:00 pm and charged with misdemeanor larceny.