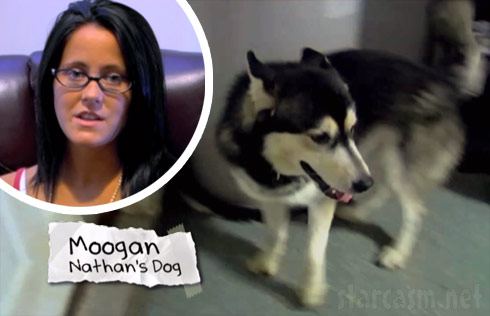 Less than 24 hours after news broke that Jenelle Evans and Nathan Griffith’s dog Moogan was stolen by two overzealous sisters concerned for the Husky’s well-being, Jenelle was shown on an episode of Teen Mom 2 getting extremely frustrated with Moogan after he escaped his small cage and did what dogs do all over her garage and laundry room. Although Jenelle was pregnant, Nathan was in jail, and she was watching her son Jace at the time, her anger towards the dog was hard to watch and was enough to motivate MTV to post a message and a link to the humane society’s website at the end of the episode: 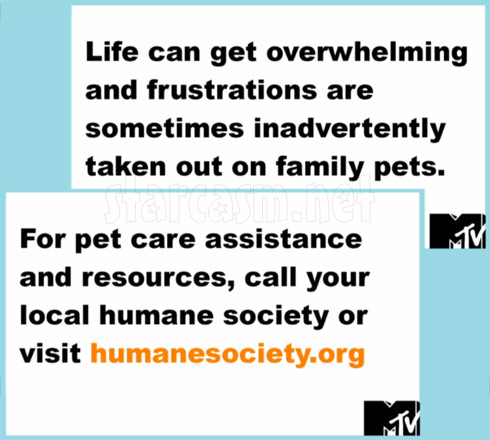 Today the network posted a video in which Jenelle addresses the scenes with Moogan and the topic of pet ownership. “You know, when Nathan was in jail, and I was pregnant, and I had Jace, and it was a really hard time for me taking care of the dogs,” Jenelle begins. “So, I treated the dogs really badly, and I really wish that I didn’t.”

“I ended up getting very overwhelmed, and instead of just taking the break, I got very angry, very irritated, and I should have just actually took a little breather and then went back and dealt with the situation,” Jenelle reflects. “It’s also very important for me to be a very good role model to my son, so instead of, you know, acting out like I did, I should’ve handled it a different way — not with so much anger.”

Jenelle then admits that “Instead of just dealing with it by myself, I mean, I could’ve went to different websites to give me ideas. One of the websites that really helped me was www.humanesociety.org/pettips, and on there it gave me a lot of different resources on how to deal with dogs.”

She concludes the clip by confessing, “At the time they were very frustrating to me, but I do love those dogs dearly.”

Jenelle clarified further on Twitter that the dogs were only in their cages for a short period of time:

The dogs were in the same cage for 30 mins while I ran to the store and got new cages, exactly what I said on the episode…

Jenelle also spoke with MTV’s Caitlin Abber about the incident and the episode. “What I learned from this experience is that you always need to be two steps ahead,” she said. “You need to have your dogs trained well, and they need to listen to you as owners.”

Jenelle then added of Magoon, “He’s so loyal, so protective, he’s kind of goofy, and he’s so clumsy and dopey. He’s definitely part of the family.”

Also part of the family? Jax the pit bull and a guinea pig! 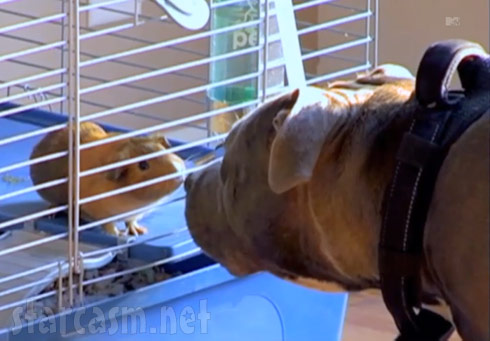 Oh, and Skyye the cat (not pictured).

Time for some fun at the dog park. @GroundLevelUp