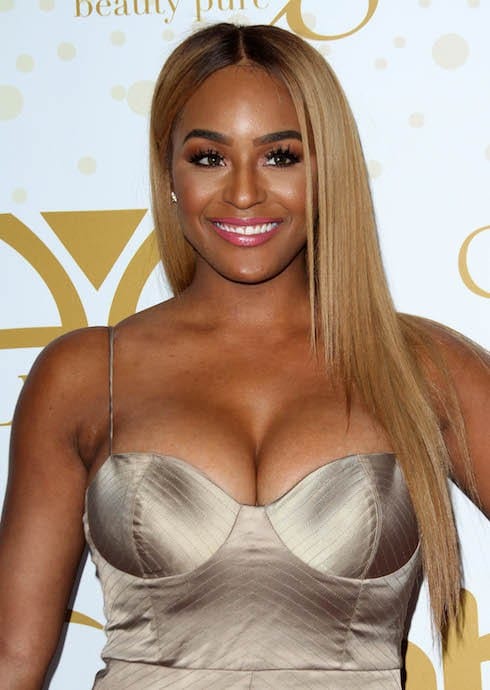 Where did Brandi Maxiell go to college? And, more importantly, how is that question integral to her personality? The Basketball Wives LA star, mother, and entrepreneur makes constant reference to the influence the place she calls home had on both her personal and professional development; despite all the drama on the show, Brandi says she’s still an easygoing Texas girl at heart.

Born and raised in Dallas, Brandi went to college at the University of North Texas, located in Denton, just 40 miles away. One major reason for the decision to stay close to home was so that Brandi could be near family: her mother, Terri Duncan, raised Brandi without her father. Brandi’s grandmother was also a huge part of her life; when asked about her childhood spirituality by the Monterey City News, Brandi went straight for the familial:

I went to church almost every day with my granny. So, I was pretty much raised in the church house. I accepted Christ as my savior and my God. I turn to him FIRST before any single thing I do, to make sure I’m doing the right thing. My granny taught me that and always showed me how to do that.

Brandi’s earliest childhood memory also involves grandma: “[I went] to my granny’s house every single weekend to hang out with her,” she shared, “whether that meant going to church or visiting a half-dozen different grocery stores in a day to find a good deal. She was and still is a coupon clipper.”

Brandi graduated from UNT in 2007, with a major in business. She also starred on the school’s track team–but, depsite her busy schedule, found time for love, and managed to marry husband Jason Maxiell while both were still students. Brandi claims that marriage at a comparatively young age helped keep her grounded, once Jason was drafted into the NBA. “During my freshman and sophomore year at The University of North Texas, I wasn’t low key,” she revealed. “I ran track, and I majored in business. My best friends and I were at every party. I thought I was ‘that girl.’ Once I became a junior, my husband got drafted, so that all changed quickly. I was traveling a lot, and I wasn’t into college activities as much.”

(One more factor complicated Brandi’s life while she was in college: Jason, who grew up in Texas, played college ball at the University of Cincinnati, a 14-hour drive away.)

Even so, in a post-BBWLA interview with the school, Brandi maintained her trademark modesty, and even invoked the attention her husband gets as an NBA player by way of comparison. “I’m used to the spotlight being on [Jason] and not me,” she said. “But that has all changed. I’m happy that the response I get from others is positive, and listening to people tell me how they love how I handle myself makes me smile.”

Though she spends a great deal of her time out in LA, Brandi manages more than just the occasional trip home. She owns the Midway Salon Suites down in Carrollton TX, and partnered with her mother in the venture. “I didn’t go to college and get a degree just to see a piece of paper on the wall,” Brandi told Dallas Weekly. “I wanted to do something with my education. I’m more than just a stay at home wife and mother. I’ve always wanted to run my own business, and I’ve been blessed to be in a position to own the things I’m interested in pursuing.”

In fact, things are going so well at Midway that Brandi recently revealed she’d like to expand: “It’s starting to fill up, and we’re looking for another space. I’m excited about that….I think that’s the best thing we’ve done collectively.”

Who going to UNT HOMECOMING?

…and, of course, keeps up with her Alpha Kappa Alpha sorority sisters:

My favorite AKA @mckenzieinthemirror I love you to pieces boo. ??check dude out in the back. #sorors #friends

And the team she put together to participate in a 2014 charity race benefiting survivors of ovarian cancer was one of the event’s largest–and one of its most successful:

TEAM MAXIELL over 70 of my biggest supporters…I LOVE EACH AND EVERY ONE OF YOU!!! I had to split it up because y'all couldn't fit on one pic.

RELATED ARTICLES: Who are Basketball Wives LA married to? Photos and bios for the cast & their husbands

RHOSLC Who is Whitney Rose’s husband Justin? Who was she married to before him?