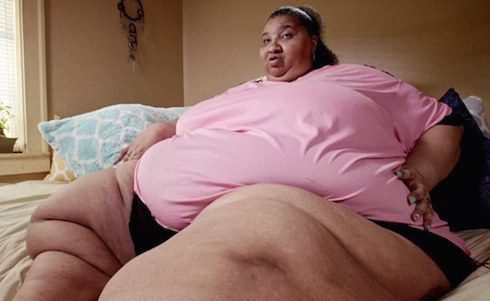 It seems like this is a rough time for My 600 Lb Life cast members. Not long after our report on the extended hospitalization of Milla Clark from Season 4, we’ve received word of My 600 Lb Life‘s Renee Biran now in the hospital with at least one new medical issue. But the news is not all bad for Renee, as we’ve also learned she could be undergoing skin removal surgery very soon.

Renee was taking things slow and steady in our last update, shortly after her episode premiered. She had just come out 250 pounds lighter on the other side of a successful gastric bypass surgery, dropping from 631 to 381 pounds in a single year. After the drama of being on the show, Renee told fans she looked forward to just “getting there one pound at a time.”

It looks like that was the case for most of last year, as Renee appeared somewhat slimmer at year’s end. One of her most recent photos — and the most recent full-body pic she’s shared — came in early December, alongside Dr. Nowzaradan following a check-up: 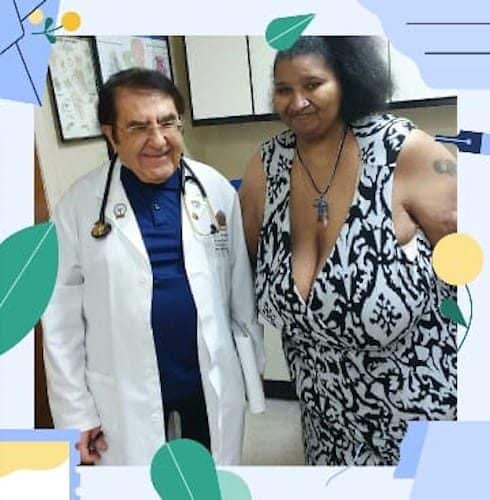 Accompanying the picture was Renee’s simple dedication to Dr. Now: “I am thankful for this man for believing in me and saving my life.” (We can’t take credit for that caption, either; the work is all Renee’s.)

In an exchange with a friend in the comments, Renee revealed more of her thoughts on Dr. Now. She basically confirmed what My 600 Lb Life cast members and viewers almost all say: the man is blunt, caring, and helpful, all at the same time.

“Dr Now can be a handful,” Renee said. “I used to get stress headaches 3 days prior to my appointment. It is good that he holds us accountable though because you are to scared to cheat.”

Unfortunately, the check-in with Dr. Now wasn’t the only medical visit she’s had to pay in recent weeks. Judging by her status updates, My 600 Lb Life‘s Renee Biran now has either been in and out of hospitals for the past four weeks or has been hospitalized for that entire span. Renee hasn’t shared *exactly* what it is that’s got hold of her, but she has told friends — across multiple updates — that she’s having problems urinating. Or, as Renee herself put it, “Can’t tinkle.”

Here’s a hospital bed selfie Renee shared shortly before this past Christmas: 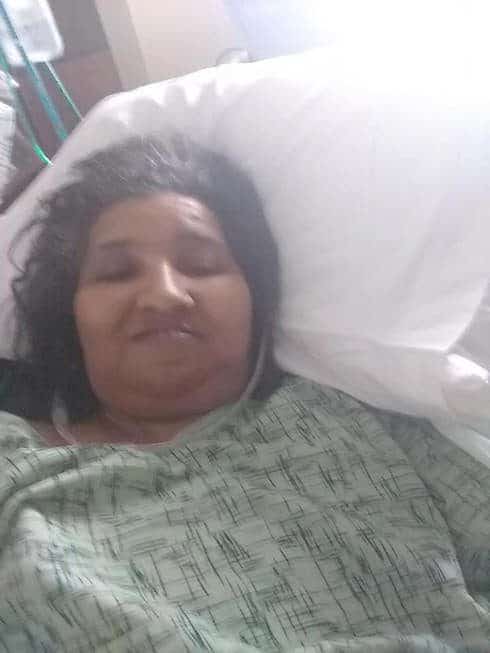 At the same time, Renee has been more active than usual on social media, and seems to be taking some pains to reassure her friends and followers that she’s actually doing well. In response to some recent concern and well-wishes, Renee said, “Thank you everyone. I feel better than I have in years!”

And elsewhere, Renee suggested that she’ll be undergoing skin removal surgery very soon. If that holds true, it seems likely we’ll get a Where Are They Now? follow-up featuring Renee sometime next season.

If you need to revisit Renee’s story, you can stream her My 600 Lb Life episode here, via the show’s official site.

BEFORE & AFTER Maria Menounos’ weight loss after gaining ‘freshman 40’