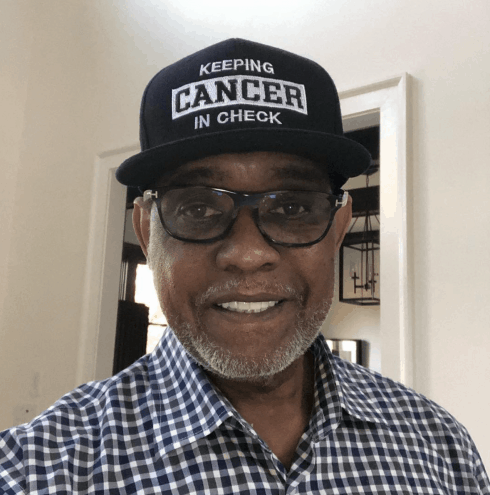 Real Housewives of Atlanta‘s Gregg Leakes is sharing his cancer story on the realtiy show and is determined to be a cancer surviver after undergoing a life-saving operation to remove colon cancer. However, for the moment, he’s also choosing to ignore his doctor’s recommendation and not receive chemotherapy.

Thankfully there was no detectible cancer in Gregg’s body after his successful surgery. Cancer is a vicious disease, and small cancer cells can still travel through the body and grow into new tumors, so to combat that his doctor recommended undergoing chemotherpy treatments.

“I don’t want to miss out of the big picture, which is this is something we can fight,” Gregg’s oncologist, Dr. Scott Kopetz said about his recommendation of chemotherapy. He stressed that there is no “rigorous

“Chemo is not something that Gregg is thinking about doing at the moment,” Gregg’s wife NeNe told the cameras. “Obviously we hear all the report of people doing chemo and being very sick. So he feels like if there’s any other options that can take, I’d rather take those options and let chemo sit on the back burner for now.”

Gregg told their friend Cynthia Bailey that if his cancer were more “active,” he would be more apt to go the chemotherapy route. NeNe supports Gregg’s decision because they’ve both watched people in their lives goes through chemotherapy and experience devastating side effects. The couple also seems wary of alternative medicine.

What can i say #lifeoftheleakes❤️

“We talk to a few holistic wellness people and sometimes they can sound like the little bird that flew the cuckoo nest,” NeNe joked about their ventures exploring alternative treatments. “‘Cause they kind of get a little bit weird. ‘Go outside and eat some dirt in the backyard.’ They say all kind of stuff.”

In a caption posted to Instagram two days ago, Gregg said he is still “winning” his cancer battle.

Hello America.. It’s been a while since i spoke with everybody. Let me 1st say Thank You to everybody for every Prayer & Well Wishes during my journey with Cancer. I am “Winning” as we go day to day. Pls continue to Pray for me, I need the Prayers & You need the practice.. lol. Pls follow my journey on the RHOA show & men there is a special message in my journey for all of you. Much Love I send to You ALL. Cancer Fighters need Support…. #Never Give Up.

Rudy from ‘The Cosby Show’ joins the cast of ‘Real Housewives of Atlanta’? UPDATE: NO