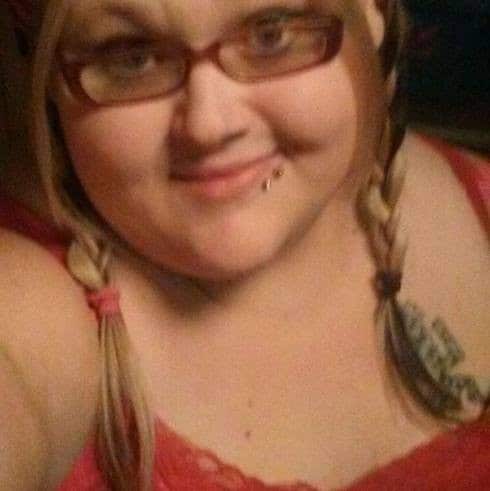 My 600 Lb Life has begun shooting its latest round of “Where Are They Now” footage, which means that all the Season 5 participants who are active on social media have been forbidden to share new photos or videos until after their segments have aired. Fortunately for fans, the latest My 600 Lb Life Nicole Lewis before-and-after photos made it in just under the wire–and their reveal has earned Nicole a ton of positive comments.

For starters, Nicole’s fans have pointed out that her newest profile pic on her public fan page shows a considerable difference in her face. (That pic is also at the top of this article.) The most recent body shots that Nicole shared are no less encouraging–particularly when you realize that her wheelchair is nowhere in sight: 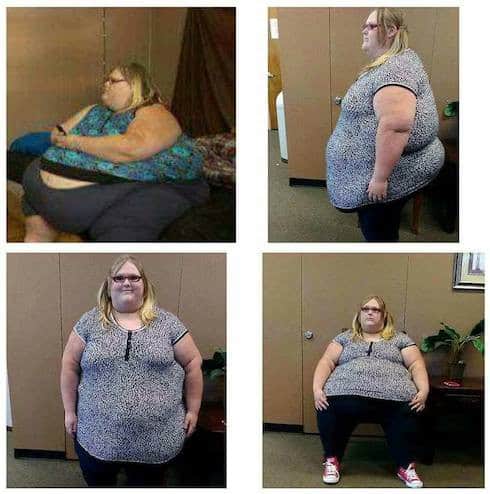 It isn’t gone forever, as Nicole acknowledged in the photo’s comments. “I feel ALOT better,” she said, adding, “Still trying to gain leg strength..to get rid of that wheel chair once and for all.”

Elsewhere in her comments (which she left on April 26th), Nicole answered questions about her son Jayden and daughter Shelby, saying that both are “doing great.”

When one viewer accused Nicole of forcing her children to help her in day-to-day tasks, Nicole got specific: “My son is 3 he can’t help me..and [I] refuse him or my daughter to help me. It’s my job as a parent to take Care of them…which I do now.” (Jayden was two and Shelby one when Nicole’s episode was filmed; the kids are now three and two.)

As for any weight loss tips, Nicole shared one popular notion. “Ice chips have became my best friend,” she said. “A good friend of mine…recommended it..so I have ice trays I freeze..and eat ice when I’m hungry. It tricks ur mind into thinking ur chewing food.”

A few weeks later, the participant posted the final official My 600 Lb Life Nicole Lewis before-and-after photos before beginning her social media blackout — but that didn’t mean Nicole couldn’t share anything on social media while the cameras are around. Just a few days ago, she gave away something of a second weight loss trick with a helpful and celebratory (and since-deleted) Memorial Day update.

Finally, though Nicole herself hasn’t revealed any weight loss figures, one commenter who appeared to be a friend of Nicole’s suggested that she’s lost “over 200 pounds” since her episode was filmed. That’s a completely unsubstantiated figure–and so far we haven’t been able to verify that the two people are, in fact, friends. But it’s obvious that Nicole is living by the choice words she had for a recent detractor: “Haters guna hate..and ima still drop this weight.”

Viewers eager to revisit Nicole’s story can do so here. My 600 Lb Life‘s latest before-and-after clips are expected to debut later this summer.