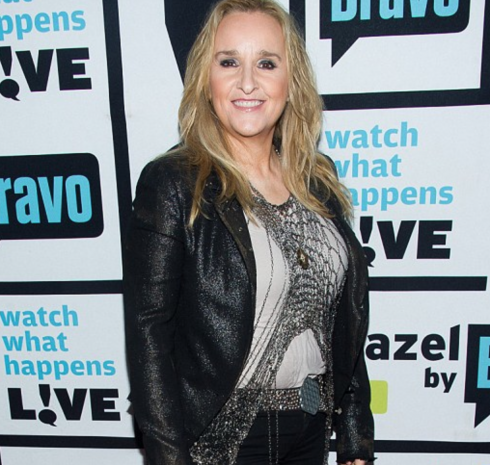 Last year when Angelina Jolie announced to the world that she had undergone a preventative double mastectomy after learning that she had the BRCA1 gene, breast cancer survivor Melissa Etheridge called Jolie’s decision “fearful.”

Melissa also has the same gene, and developed breast cancer, but she still says that still doesn’t consider Angelina’s decision to be brave. Her cancer treatment didn’t involve a mastectomy, instead she got a lumpectomy and chemotherapy.

“I have never even, ever spoken to Angelina. I didn’t mean that comment meanly. I certainly want to clear [that] up,” Melissa said during Wednesday’s appearance on Watch What Happens Live. “I just felt that calling it brave was not something I would do. To cut healthy tissue off is fearful, cause you’re fearful of getting something. Brave to me would be different. And that’s all. People can do whatever they want. It’s their bodies, their health.”

Melissa also revealed that although she sang at Brad Pitt’s wedding to Jennifer Aniston, she hasn’t spoken to the actor in 10 years.