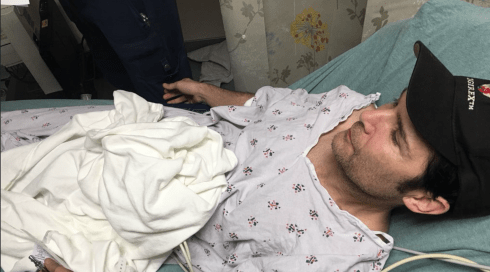 The drama of Corey Feldman’s life continues to get ratcheted up. In the latest segment, Corey tweet a scary story about being stabbed by a syringe when he was in his car. The assailant reportedly opened his door and tried to inject him with something. He said LAPD were on the case of an attempted murder investigation — but police have a far different version of events.

“IM IN THE HOSPITAL! I WAS ATTACKED 2NITE! A MAN OPENED MY CAR DOOR & STABBED ME W SOMETHING! PLEASE SAY PRAYERS 4 US! ???? THANK GOD IT WAS ONLY MYSELF & MY SECURITY IN THE CAR, WHEN 3 MEN APPROACHED! WHILE SECURITY WAS DISTRACTED, W A GUY A CAR PULLED UP & ATTACKED! I’M OK!” 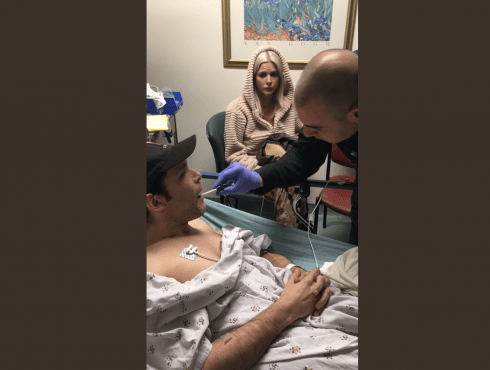 Corey’s wife Courtney is seen in the background of one of the photos he posted, looking worried while a medical professional takes Corey’s temperature. He was tested to see if he was injected with a poison of some kind.

“I HAVE HAD MOUNTING THREATS ON ALL [social media] PLATFORMS BY THIS VILE ‘WOLFPACK’ & THIS IM SURE IS A RESULT OF THOSE NEGATIVE ACTIONS! I HAVE REASON 2 BELIEVE ITS ALL CONNECTED! ENOUGH IS ENOUGH! HOW SICK R THESE PPL?!?”

LAPD Officer Luis Garcia spoke to foxnews.com to say that Feldman could not describe his alleged attacker or weapon and “upon the investigation [it was] determined there were no lacerations to his abdomen.”

Feldman gave a more detailed account of what happened that Tuedsay night to TMZ. He said he saw a car cause a crash on the freeway, so he and his security guard got off the freeway.

Then, Feldman says a car was following him that looked much like the car that caused the accident he witnessed. His security guard yelled at the person in the car, and then, according to Feldman, someone in the car got out while they were stopped at a red light, pulled Feldman’s door open, and jabbed him one time with something sharp.

Feldman doesn’t know what it was but could be the tip of a knife OR a syringe. He says he doesn’t know why this happened but suspects it could be connected to him speaking out about pedophilia in Hollywood. His lawyer Perry Wander has said that Feldman has had a number of threats since he’s publicly come forward with information and names.

Feldman does think it may have just been a random case of road rage.

UPDATE: Corey shared a photo of what he labeled “the world’s smallest knife wound” on Instagram. 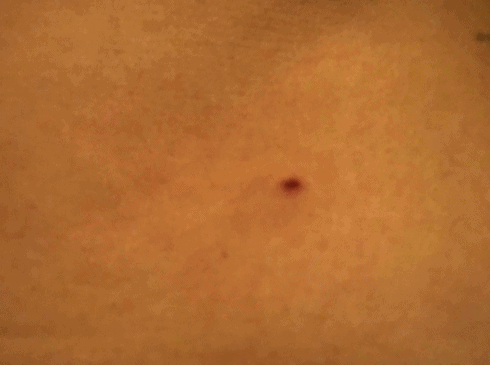 “THE WORLDS SMALLEST KNIFE WOUND…..OR?!?! YES I WAS ATTACKED 2 DAYS AGO, YES THEY USED SOME SORT OF SHARP WEAPON, AND YES IT WENT INTO MY BODY!” he captioned the photo, which depicted a small red spot on skin. “THIS IS WHAT THE SCAR LOOKS LIKE NOW, OBVIOUSLY IF IT WAS A KNIFE I GOT VERY LUCKY & IM BLESSED! IF IT WAS A SYRINGE, I WILL PRAY 4 THE BEST RESULTS! GOD BLESS!! ????#Kids2 #COREYSTRUTHISCOMING #PRESERVEINNOCENCE”