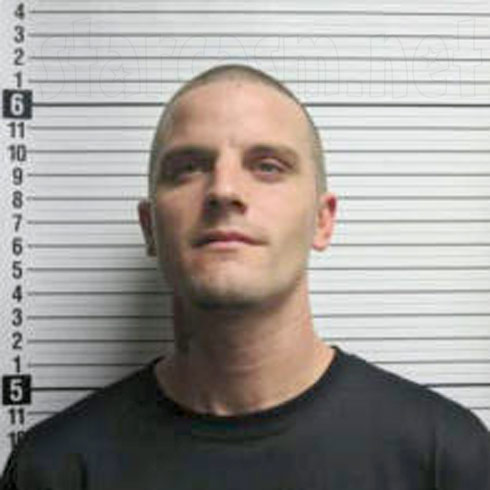 Jenelle Evans’ estranged husband Courtland Rogers is back in jail after relapsing on heroin and reportedly bolting on his probation officer when asked to take a urine test last week. Courtland was booked after being pulled over Sunday while riding with his girlfriend Samantha, and he basically live tweeted the whole thing:

@MissSamanthaLin u are my girl 😉 u sexy ass lady u pic.twitter.com/60wMmRtUQg

That was followed by:

Take care of yourself …. You know I love u like crazy!! Stay strong baby

Samantha spoke with the PEPTALK Blog Radio show and explained exactly what happened. (Full interview below)

“We were driving and [Courtland] already had intentions of going to talk to his P.O.,” Samantha explains. “He knew that he wasn’t going to pass the drug test … So that’s where we were [going] and a cop pulled up behind us and pulled us over.”

Samantha says Courtland was not arrested at that point because there were no warrants out on him yet. “He did not have any warrants for his arrest, his P.O. just wanted to talk to him,” she says. The officer instructed him to meet his P.O. at the jail, which is where the couple went next. “When he went in he was honest about everything,” Samantha reveals. “I guess she just went ahead and violated him.”

Samantha then talked about Courtland’s future. “He’s going to be in jail for nine months. He can get out on bond, but it would be $2,000 and when I talked to him, he just told me pretty much to save that money and just let him do his time and get out because when he gets out he doesn’t have — he’s not going to have parole or no dumb sh!t, like he’s out. He can move, he can do whatever he wants to do. And he’ll be sober. That’s nine months of his life being sober.”

Samantha then adds, “I know that he’s a good person when he’s sober, and that’s what he wants for himself.” She also says that she plans on waiting for him and will be there for him when he gets out in July.

Jenelle Evans admits Kieffer Delp got her hooked on heroin?