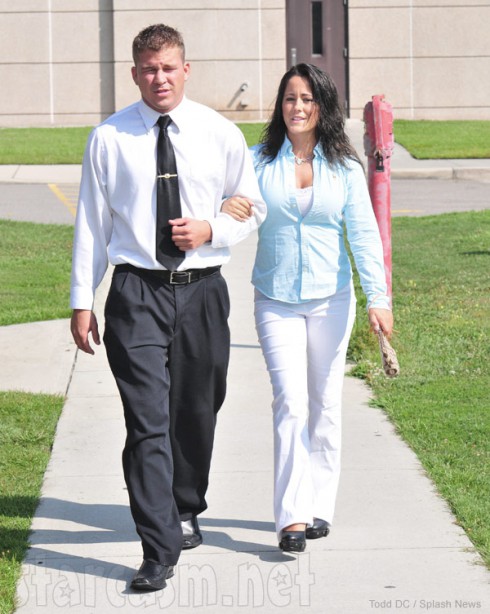 As we reported earlier, Teen Mom 2 star Jenelle Evans had a court appearance earlier today in North Carolina stemming from her arrest alongside husband Courtland Rogers back on April 23 when she was charged with possession with intent to manufacture, sell and/or deliver heroin, possession of a schedule II controlled substance (Percocet), and simple assault. Arriving at court with Jenelle was not only the MTV camera crews filming for Season 5, but also Jenelle’s new man, Nathan Griffith, who looked downright Babs-approved in his dress shirt and tie!

The two even snuck a kiss as they walked arm-in-arm to the courthouse: 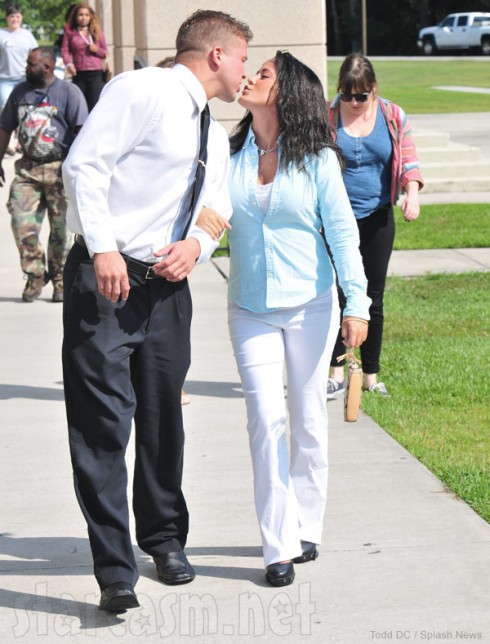 Either before or after court (I’m not sure of the timeline) Jenelle and Nathan and the MTV camera crews (and the Teen Momarazzi apparently) went by the offices of her attorney Dustin Sullivan, where Jenelle showed some of the MTV production crew her incision scars from her recent appendectomy: 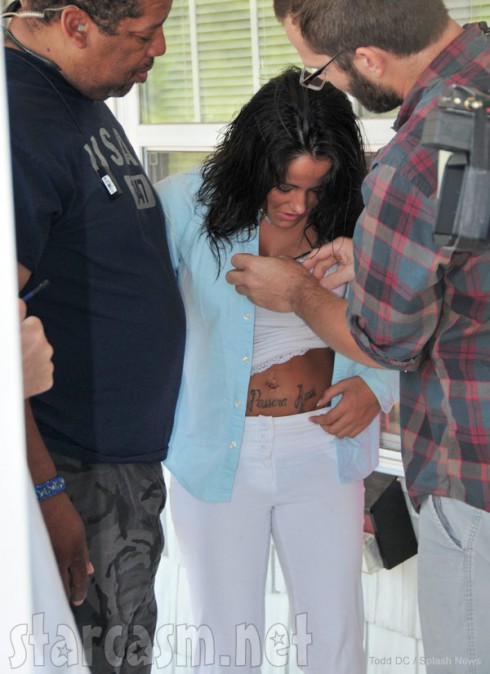 (You can see more detailed — and graphic — photos of Jenelle’s scars here.)

While Courtland Rogers reportedly struck a plea deal and is expected to be released from jail tomorrow, Jenelle’s case was reportedly continued until August 12. Or at least that’s our understanding. Judging from a Twitter exchange involving Jenelle, a detractor, and Nathan it appears that maybe they have a deal in the works! 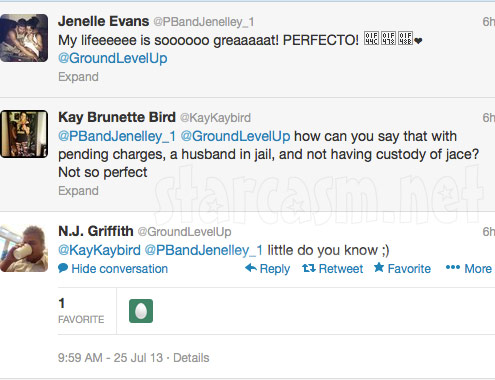 We reached out to Jenelle’s attorney Dustin Sullivan but have yet to hear back. We will keep you posted!

UPDATE – According to Wetpaint, it was just Jenelle’s simple assault charge that was continued until August 12. She had her cyberstalking charges dropped and the felony drug charges are still pending, but attorney Dustin Sullivan remains optimistic. “I anticipate and am very confident that will be the absolute final court date for Jenelle,” Dustin says. “The felonies are still pending but I hope to resolve her case in a manner that does not include any felony conviction.”

Given Dustin’s track record I see no reason to doubt his claim!