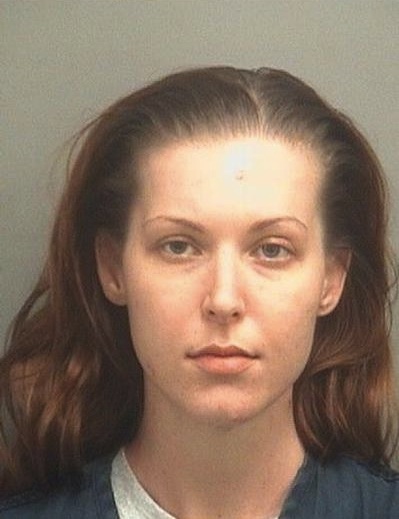 Stefanie Woods, the Cookie Monster of Palm Beach, is going to prison for four years.

Woods’ first claim to fame came in 2008. The then-17-year-old bragged about how easy it was to rob Girl Scouts of their earnings, because of their diminutive size, and sweet, trusting nature.

News media and horrified onlookers took to calling her the Cookie Monster over the cries of the Muppet, who disliked the comparison.

That case brought Woods national infamy and a suspended jail sentence complete with probation, which she violated spectacularly in the years that followed.

In 2009, she was charged with a felony after robbing an unsuspecting old man of his prescriptions. Because of her age, though, she received a reduced sentence.

Four more probation violations ensued, along with a series of failed drug tests and drug-related arrests. By last November, Woods had violated her probation ten times, for such far-reaching reasons as violating curfew; associating with people engaged in criminal activity; lying to her probation officer; failing to complete public service requirements; and failing to pay the costs associated with her probation.

If nothing else, Woods is ambitious.

The judge assigned a sentence of six years and five months; Woods is able to apply time already served to that sentence, so she’ll be a free woman in 2018. Provided she doesn’t cut in line for a second helping of dessert and have time added for bad behavior.

Woods’ attorney David Olson, who certainly earned his paycheck with this case, had the most optimistic stance of anyone in the courtroom.

Said Olson, “Stefanie is glad the matter is now behind her and she can focus on her future. She’s an intelligent and often misunderstood person and I predict success for her in her future.”

Let us be the first to suggest a reality TV show in which Woods is the caretaker of a gaggle of rowdy Girl Scouts hell-bent on selling more Thin Mints than those stuck up rich kids in Troop 322. It’s could be a chance for Woods to learn a lot about empathy, and a little bit…about herself.