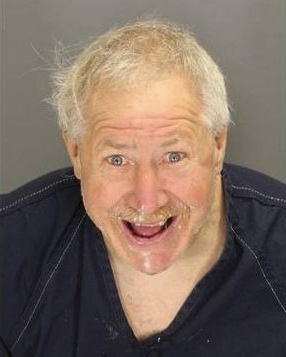 Yeah, but at least he’s honest.

Police in Michigan have booked a homeless man for what can only be referred to as creative, but illegal, transportation.

Bryan Joseph Kryscio, of Pontiac MI, got into an Star SMS ambulance this weekend after it had just pulled up to the emergency room at a local hospital. The ambulance was unlocked and had keys and a paramedic’s cell phone inside.

Police were notified of the missing ambulance shortly thereafter, at around 11 PM on Sunday. They used the missing cell phone to triangulate the ambulance’s position.

After pulling Kryscio over, an officer asked him where he was going in his ambulance.

At which point, says Oakland County Sheriff Michael Bouchard, “He told the deputy he was hoping to go to the Booby Trap to see some pole dancing.”

Bouchard added, “You can’t make this stuff up.”

When the deputy asked Kryscio why he took the ambulance specifically, the man remained honest.

“Apparently,” said Bouchard, “he said there was no public transportation available.

Again, you can’t make this stuff up.”

Throughout the exchange, Kryscio remained both upbeat and cooperative. Perhaps because he had visions of the Booby Trap dancing in his head.

According to the sheriff’s office, Kryscio has some mental health issues. The office didn’t specify beyond that.