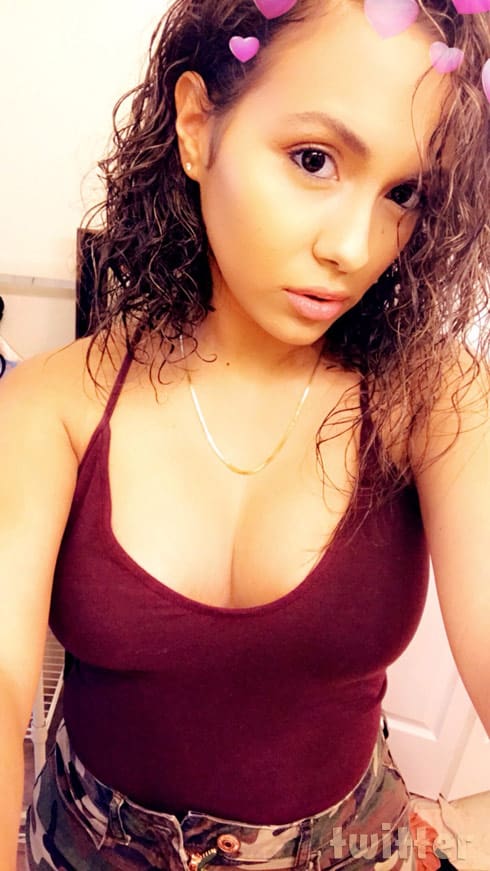 It’s been two weeks since Teen Mom 2 star Briana DeJesus made a return visit with Snapchat plastic surgeon Dr. Miami for a series of procedures including a breast lift, an implant reduction, a tummy tuck, and a booty deflation — and she just shared her first post-surgery ‘gram-ready selfie.

“I can’t button my pants cause it hurts but I’m back ??‍♀️?❤️” Briana captioned the photo above, which clearly benefits from a filter in addition to Dr. Miami’s nips and tucks. 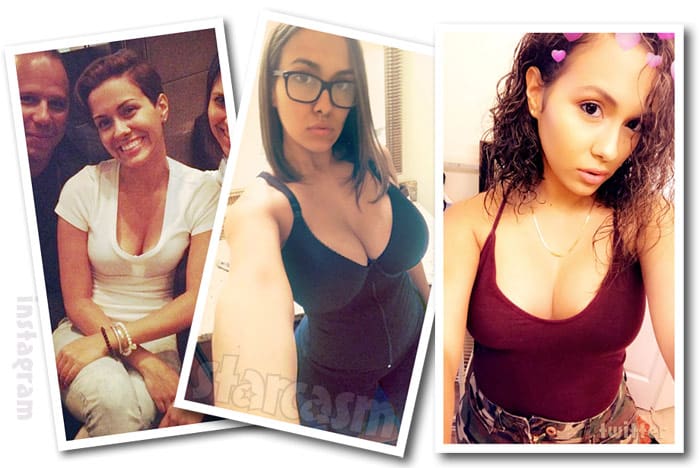 I’m definitely not a fan of yo-yo plastic surgeries, especially after watching the procedures on Snapchat and realizing all the brutality your body has to go through. That being said, I do prefer Briana’s toned-down look compared to her over-the-top and under-the-bottom T&A overload she had going on.

Devoin is reportedly still living with Briana and helping out with Nova as Briana continues to recover back in Orlando. Briana has tweeted about “living with a man,” etc., which of course has spawned rumors that she and Devoin are back together. Then, over Valentine’s Day, Briana shared a photo of a VD gift from her ex Dre as well as photos of the two of them enjoying a spa day together! Whuh?!

Radar Online spoke with Javi Marroquin and titled it with their trademark sensationalist flare: “More Heartbreak For Javi! Briana DeJesus Back Together With Ex Dre Weeks After Split: Marroquin slams the Teen Mom 2 star for moving on so quickly!” I don’t know what Javi said because it was one of those gallery post things where you have to scroll through a sentence at a time or whatever. (Heartbreak? Slams? I do give them kudos for avoiding the word “bombshell” at least.)

Anyways, Briana was none-too-pleased with the article and tweeted her frustration at the reporter. “Teresa you have my number and u should of asked me if this was true before writing a false ass article,” Briana wrote, along with a link to the story. She added an “lol” and the hash tag #fakenews before continuing: “I am not with Dre nor Devoin nor Javi. I am single!” (Briana seems to be good friends with her co-star Jenelle, so perhaps she should ask Jenelle about her experiences with Teresa?)

Briana later spoke with Blasting News to iterate her relationship status. “I’m so annoyed at these reports,” she says. “I am not with Dre. He is a friend. He was a friend before my relationship with Javi and after. That’s all there is to it — friends and nothing more.” Of course, it would be pretty hard for the relationship to be much more in a physical sense given that Briana can’t even button her pants yet after surgery!

MTV cameras have been in Florida with Briana for her plastic surgery adventure, so I’m sure we will get to see what the dynamic is like having Devoin living with her while enjoying spa days with her ex Dre. I confess that it sounds pretty entertaining. 😉

Meanwhile, I’m still waiting for Javi to wake up with a house full of crickets.