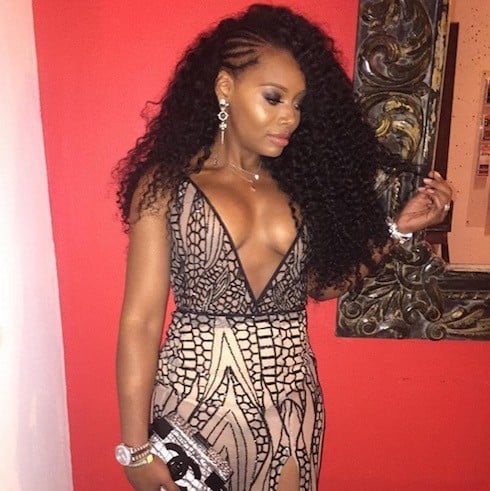 The latest Mendeecees Harris baby mama update involves some hot new tea for the Love & Hip Hop New York star, as the three-way fight between the mothers of his children continues to heat up for Season 7. As we reported earlier this month, Samantha Wallace and Erika have apparently reached an agreement to work together and against Yandy Smith-Harris this season, while Mendeecees is forced to watch from the sidelines while finishing up his prison sentence. General revenge appears to be their primary motive, and, while initial reports were a bit sketchy, it sounded like the pair intended to “create lies to…bring [Yandy] down.”

One of those lies could possibly be the current rumor that Mendeecees and Yandy were never legally married–something that will likely play out over the course of LHHNY Season 7, but which has yet to be either confirmed or disconfirmed by anyone in the know. (Allegedly, Yandy never actually signed the marriage certificate, because she was worried about Mendeecees’ baby mamas coming after her for child support while he was imprisoned.) One thing we do know, however, thanks to a recent Fameolous report, is that audio of Samantha and Erika’s plotting has possibly started to leak out onto the internet like tea from a long-cracked mug. Here’s the first recording:

This is Mendeecees Harris baby mother Erika talking about @yandysmith while Samantha secretly records it?There are 47 audio recordings this is just a quick snippet??

While no one is talking–yet–Mendeecees himself did share his reaction to the LHHNY Season 7 supertrailer. It sounds like he might not be itching for that early release after all:

My face when I heard about that trailer. ??