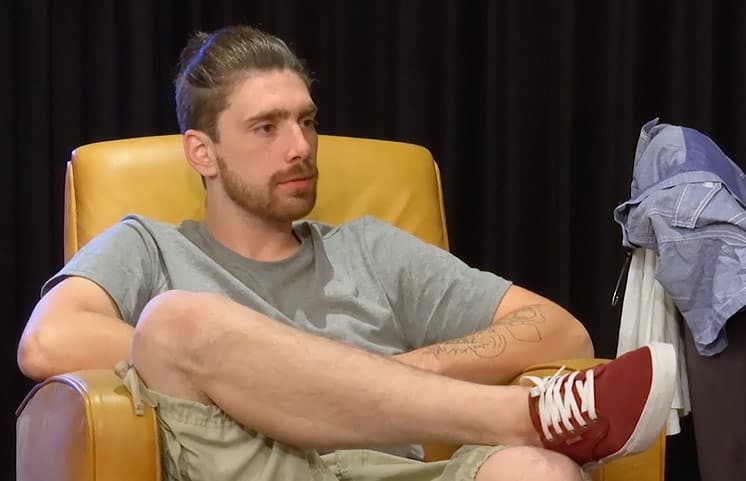 For those of you wondering how long it would be before Teen Mom OG star Amber Portwood and fiance Matt Baier had a kid together, it appears to have already happened as Matt’s oldest son has reportedly moved in with them after leaving his pregnant girlfriend behind in South Dakota.

25-year-old Chris Baier allegedly had a fight with his girlfriend and decided to call up his estranged dad, who Chris recently described as “evil” when he spoke with Radar Online in June. “Matt figured it would be a chance for him to look good in the public eye and help his son,” a source tells The Ashley’s Reality Roundup. “So he flew Chris out to Indiana, and Chris has been living with them ever since.”

Judging from Facebook, it appears as though Chris and his girlfriend had some serious troubles well before she got pregnant. According to her timeline, they began dating in February of 2015. According to Chris’s timeline, they became Facebook official a year later. (That is Chris’s oldest visible post, so it could be that he merely created that Facebook profile earlier this year.)

The last positive thing Chris’s girlfriend had to say about him was on March 16 when she captioned a photo of Chris with “I’m lucky enough to call this man my boyfriend!!!” After that, her timeline is filled with 90% text graphics from Facebook pages like I’d Rather Be Alone Than With A Lying Cheater and F**k fake relationships i prefer to be real. Here is a transcript of one of the text graphics that she posted back in June:

Chris’s girlfriend found out she was pregnant on August 15 and revealed two days later that she is due on April 12. Despite their apparent split, it does seem as though Chris is the baby’s father because his girlfriend tagged him in both of the sonograms she posted last month. 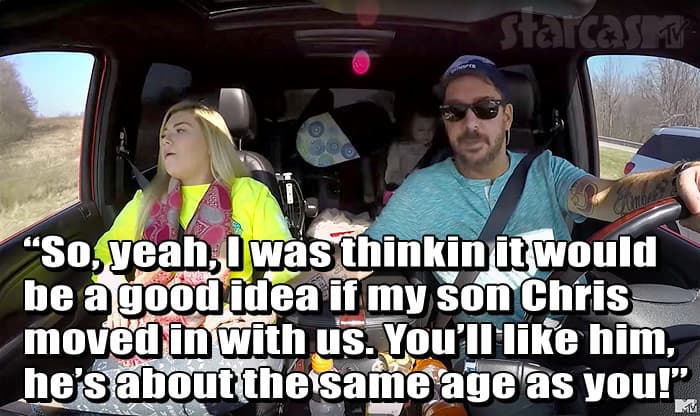 It is unclear if Chris will be filmed for Teen Mom OG, although another source for The Ashley seems to think it is very likely. “They are really trying to improve Matt’s public image for the show,” the source says of show producers. “They don’t want him to be the ‘bad guy’ anymore. Having Chris appear on some episodes will show viewers that Matt is trying to right his wrongs of the past– well some of them–by being involved in Chris’ life. I won’t be surprised to see Chris appear.”

If they do film, I’m sure it will make for some very awkward scenes. In addition to Chris allegedly crashing at someone’s house after running off on a pregnant girlfriend (which is Matt’s infamous M.O.), Matt’s son is just one year younger than Amber, while Matt is 19 years her elder! (Radar Online reported Matt’s age to be 26 back in June, but there are numerous arrest records for a Matt Baier from the same town in South Dakota that indicate he is currently 25.)

UPDATE – Chris was DEFINITELY filmed and can be seen for the first time in the Teen Mom OG midseason preview trailer. 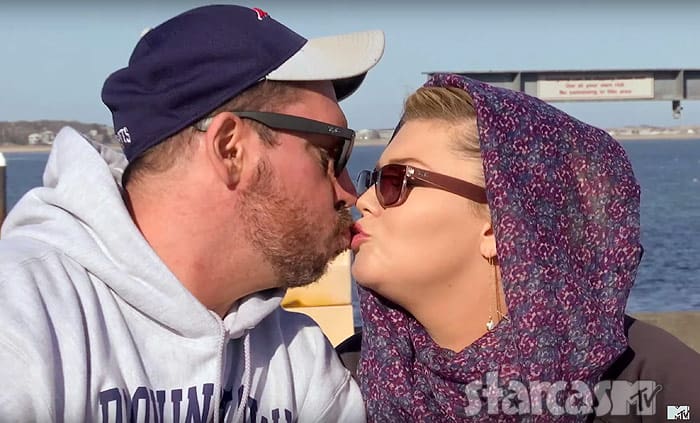 In other Matt Baier news, his and Amber’s recent claims that he doesn’t owe any child support to any of the many women he has sired children with didn’t seem to go over well with at least one of those moms. Here is one Twitter interaction that includes Matt’s ex Kelli Nunn, mother of his eight-year-old daughter:

TWEETER: Just remember, if u marry Matt n he owes back child support, anything u own n ur income comes into play to make sure he pays

AMBER: he owes absolutely no child support and all cases have been dropped. He’s not what you guys think he is.

So far, Amber has yet to respond to the report about Chris moving in. She does continue to defend Matt though:

@syshin05 what? He doesn't have 9 kids?? And he doesn't owe any child support. All the cases were dropped because it was fake

UPDATE – Chris’s girlfriend (her name is MaDonna) has since responded to the story above and claims that Chris moved in with Matt and Amber to “get help with his drug addiction.” She adds that she is hopeful for a reconciliation. Click the link for the full story!