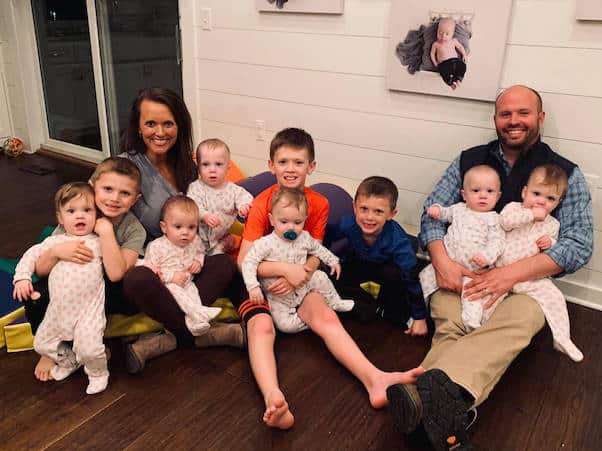 Sweet Home Sextuplets Season 2 is officially a go. Though eagle-eyed fans have known about the filming for months, we’ve just gotten official confirmation from TLC — including a season premiere date, plus the first trailer for the new episodes. The Outdaughtered-inspired series is set to return May 28th, and will be, per the network’s own press release, “a season of firsts.”

It’s been a few months since the six-episode first season debuted, so here’s a quick refresher to catch you up. Courtney and Eric Waldrop, of Albertville AL, already had three children — Saylor, born in 2010, and twins Bridge and Wales, born in 2012 — but wanted more. A miscarriage convinced Courtney that she needed to begin fertility treatments, which she did. (Click here for our feature on the Sweet Home Sextuplets fertility drugs and Courtney’s pregnancy.)

Though she and Eric would later say they only wanted one more child, they were stunned when her first ultrasound revealed eight healthy fetuses. Two of those failed before the next sonogram, but Courtney carried the remaining six to term.

OK — so why exactly will Sweet Home Sextuplets Season 2 be a season of firsts? Well, the sextuplets themselves — Alabama-born babies Tag, Rivers, Rayne, Rawlings, Layke, and Blu — have all turned one. (The sextuplets’ actual birthday is December 11th, 2017.) That means viewers are in store for a lot of first steps and first standing head bonks, plus first words, and assorted other joys of toddlerhood.

You can read the full press release here; below is a slightly abbreviated version:

It’s a season of firsts as the Waldrop babies turn one! Blu, Layke, Rawlings, Rayne, Rivers and Tag are developing distinct personalities, taking first steps, speaking first words and sharing milestones….Now that they are bigger and more mobile, they get to play with their older brothers Saylor, Wales and Bridge and are keeping their parents, Courtney and Eric, on their toes.

As a full-time mom to nine children, Courtney is determined to manage the household chaos herself, and she will be tested with a family flu outbreak, concerns about the babies’ development and whether Layke will need to have surgery to correct his heart condition. Desperate to keep everything in line, will Courtney be able to juggle everything without breaking down? Plus, the walls are closing in on Courtney, and she realizes one solution is to move to a bigger home. But Eric wants to stay put and remodel, which could add even more strain to the Waldrops’ already jampacked agenda.

The #SweetHomeSextuplets are on the move and coming to TLC for a new season Tuesday, May 28th at 10/9c! pic.twitter.com/2yUcqDY2xY

And beyond that, here are a few of the latest social media pics the Waldrops have made public, to whet your appetite for the new season. First up — what else? — it’s the sextuplets, all pajama-ed up in a pic from just a few days ago: 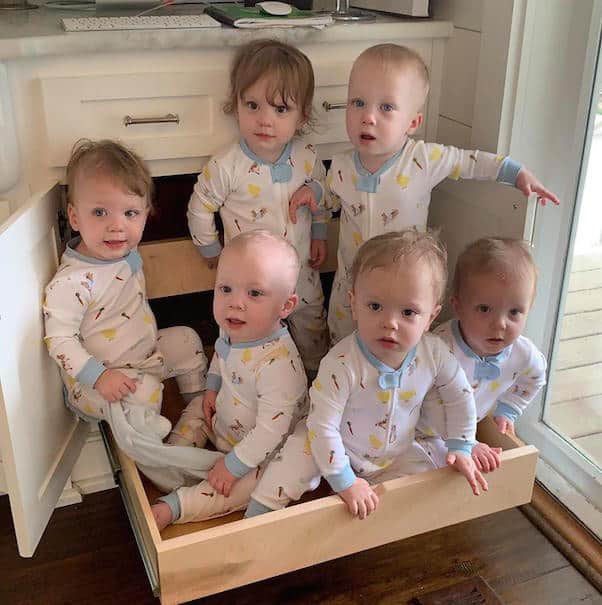 A few days before that, the six siblings took in a movie at home: 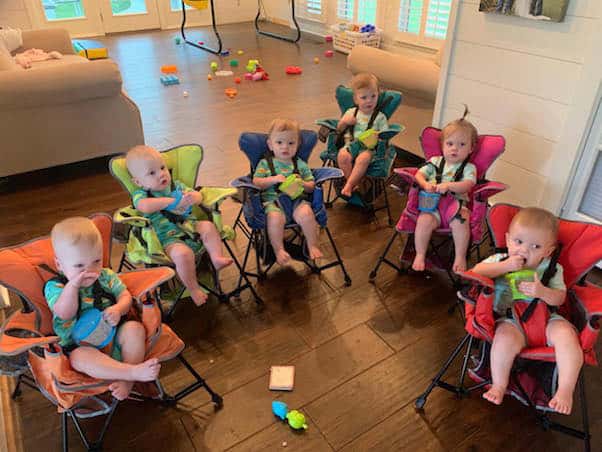 Courtney couldn’t resist a caption: “Look how cute this is!!!😍😍😍 [Our] own personal movie theater😝😝”

Finally, here are Courtney and Eric and their oldest three children, decked out on Easter Sunday: 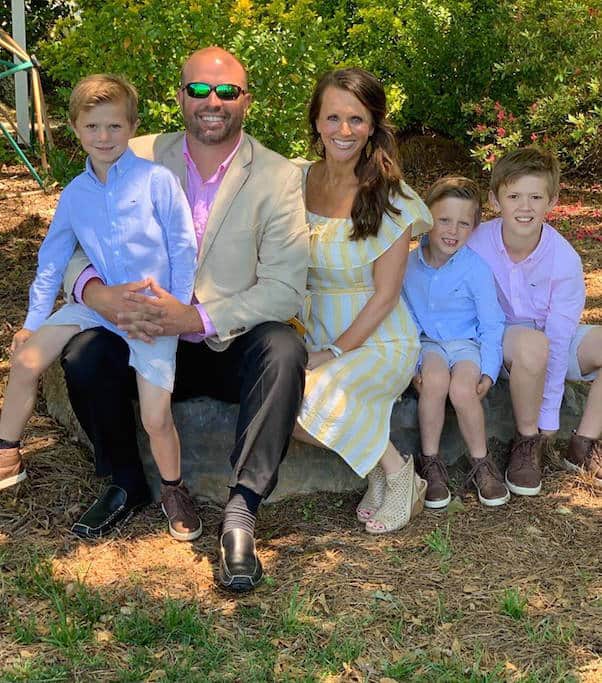 If you aren’t already, you can follow along with the Waldrops on social media. They’ve dubbed their children “God’s Divine Nine,” and you’ll find all of them on Facebook and Instagram. Plus, you can now stream the entirety of the show’s first season before Sweet Home Sextuplets Season 2 premieres: May 28th at 10 PM on TLC.