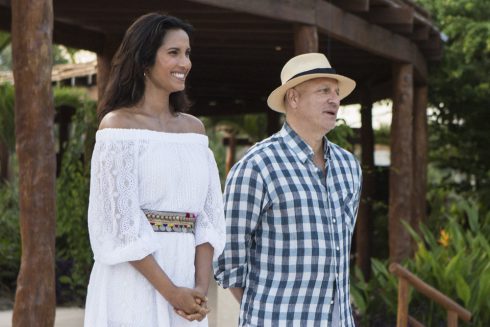 Earlier this month Top Chef‘s 15th season, set in Colorado, ended with a win for Joe Flamm. After a decade-and-a-half the show is still going strong thanks to mouth watering competitions and the chemistry between the show’s longtime stars: head judge Tom Colicchio and host Padma Lakshmi. They nosh down on so many different delicious dishes throughout a judging day, but exactly how many calories do they take in?

Padma Lakshmi revealed her eating details and strategies both on and off camera to Access. The judges, of course, are legally obligated to try all the food, so she gives herself a license to eat anything and everything. The amount of food they consume to give all the chefs a fair shape can add up to “at least seven to eight thousand calories a day.”

Eating all that food sounds like a dream job but in order to do and stay in the type of shape that 47-year-old Padma has maintained all these years requires quite a bit of discipline when the cameras stop rolling.

“As women, we’re conditioned to try and do everything, and you can do everything — you just can’t always do it at once,” Padma explains. She says she ends up gaining between 15 and 17 pounds while she’s filming and works “really hard” to lose the weight after filming stops. 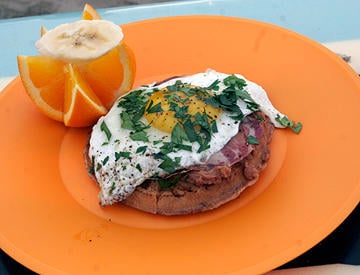 “There are no tricks,” she said. “It’s just really eating healthy.” Off the menu for Lakshmi during most of the year is alcohol, fried food, red meat, most dairy (she allows herself some low-fat cottage cheese and no-fat yogurt,) sweets, and flour.

While she says she’s mostly plant-based, eating “a lot of vegetables and fruit,” lentils and bean, she also eats some fish, chicken, and shellfish.

TOP CHEF Fatima Ali reveals she has a year to live, shares what she plans to do with her remaining time

The real reason Kevin Gillespie didn’t win Top Chef: He was going through a divorce