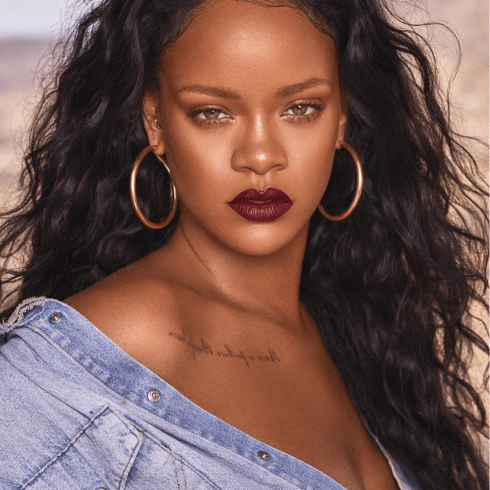 An ad for smartphone app Would You Rather made light of Rihanna’s 2009 domestic violence case against ex-boyfriend Chris Brown is the most tasteless way and Rihanna isn’t happy about it.

The ad asked viewers if they would rather “Slap Rihanna” or “Punch Chris Brown” along with animated depictions of the singers. After outrage over the ad, Snapchat pulled it and released an apology. “The advert was reviewed and approved in error, as it violates our advertising guidelines. We immediately removed the ad last weekend, once we became aware.”

Rihanna didn’t quite accept the popular app’s apology. She snapped back via her Instagram story. “Now SNAPCHAT I know you already know you ain’t my fav app out there! But I’m just trying to figure out what the point was with this mess! I’d love to call it ignorance, but I know you ain’t that dumb! You spent money to animate something that would intentionally bring shame to DV victims and made a joke of it!!! This isn’t about my personal feelings, cause I don’t have much of them…but all the women, children and men that have been victims of DV in the past and especially the ones who haven’t made it out yet…you let us down! Shame on you. Throw the whole app-oligy away.”

Snapchat’s stock took a $600 million hit after Rihanna’s admonishment. Snapchat responded to Rihanna’s Instagram story, explaining that they were never affiliated with the game company and won’t allow them to advertise again. “This advertisement is disgusting and never should have appeared on our service,” they told The Verge. “We are so sorry we made the terrible mistake of allowing it through our review process. We are investigating how that happened so that we can make sure it never happens again.”