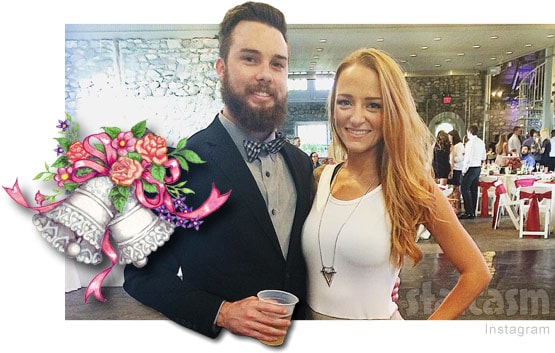 Ever since Taylor McKinney FINALLY proposed to Teen Mom OG star Maci Bookout, fans have been clamoring to find out more information about the wedding. Where is Maci Bookout getting married? And when exactly!?

It seems we have answers to those questions thanks to some behind-the-scenes drama involving Maci’s wedding photographer. For those of you just looking for the facts, it looks as though Maci and Taylor are getting married on October 8 in Tallahassee, Florida (or very near Tallahassee — perhaps on the Gulf Coast). For those of you interested in the dramatic narrative, and the moderate amount of detective work that revealed the information, I’ll try summarize for you…

Maci Bookout’s favorite photographer is Chattanooga-based Brittany Photographs, who has professionally documented numerous events in Maci’s life over the past few years, including shooting pictures for Maci and Taylor’s Things That Matter clothing line. Here are a couple examples of photos taken by Brittany:

Of course Maci would want Brittany to shoot her wedding, the only problem was that Brittany had already booked Maci’s wedding day for a different wedding. That wedding was for another photographer named Rebekah, who looked up to Brittany as a mentor after attending one of her photography workshops. Both women shared their versions of what happened of what transpired over the last couple months on social media. Here is Brittany’s side from a lengthy Instagram post:

Something amazing about self-employment as an artist is that if a client disrespects you, you simply refund them their money in full and wish them well. You’re an artist, not Walmart. You answer to your heart and your soul and to nothing or no one else. I recently had a new client who was both a bride and a workshop attendee that I believed to have ill will toward me, bad intentions, and an overall lack of respect for me. In general, she just didn’t like me. But she wanted my talent for her wedding images and for me to mentor her to become a photographer herself. She booked me in November for her wedding this coming October and attended my February workshop.

A week before the workshop I found out that a dedicated client turned friend of mine wanted to book me for this young woman’s wedding date. I turned my client and friend down politely because I felt the responsible thing to do would be to keep the first bride on my calendar. The following two and a half months this bride and workshop attendee crossed some lines that I’ve never even imagined a client or someone I’ve mentored would cross. I felt so deeply that she was using me and had ill feelings for me that I felt physically sick about it at times.

A couple of weeks ago my old client and friend who still wanted me to photograph her wedding began telling me again that if I couldn’t photograph her wedding, she didn’t want anyone else. That not only was I the only photographer she would consider using, but that she also wants Madison and I at her wedding as her friends. So here I had a client that has treated me so well and shown me such respect asking for a wedding date seven months away that was taken on my calendar by a client who ultimately just didn’t even like me, much less respect me. The client requesting the wedding date also happened to be a high profile client whose wedding would be a good business opportunity for me in addition to her being a friend and past client. 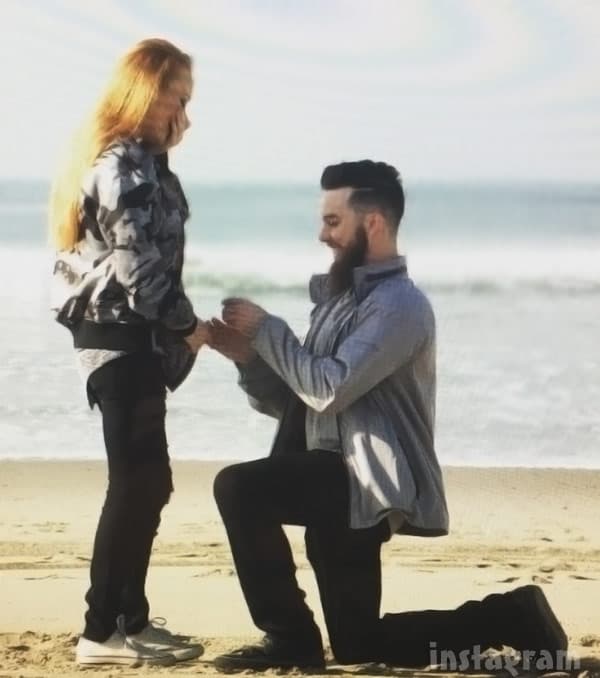 I asked my original bride for that wedding date to call me and we had a gracious conversation where I explained that I wanted to refund her in full as well as offer her complimentary (free) work in the future and that I hoped she understood why just from a business perspective, I should take the opportunity. A new photographer herself after attending my workshop, she was so kind and said she completely understood, that she would do the same thing in my shoes, and that she couldn’t believe I hadn’t made this decision originally because she would have. I also happily helped her look for another photographer and spent a whole afternoon doing research to find a photographer in her budget that she would like. She found a photographer and she is all set for her wedding in October.

Over the last couple of weeks since that conversation, after which she was refunded in full within two days of that call, it came to my attention that my gut feeling about her not respecting me and having bad intentions with me was true. I kindly texted her to wish her well but let her know I would be taking her future complimentary work off of my calendar due to her intentions toward me, and within twenty minutes or so of that text she blasted me on social media telling everyone that I was a terrible person because I refunded her in full months before her wedding and was honest with her about why but that she now mad because she wasn’t getting more free sh!t from me. I’m paraphrasing but that’s the gist of it.

I had already photographed her save the dates for free as well a couple of months before to be nice but she believed that no matter the fact she didn’t even like me and that she had ill intentions toward me and my business, that I still owed her more. So if you see a young woman on the internet somewhere upset because I professionally and appropriately refunded her and cut ties with her so that “I could photograph Maci Bookout’s wedding” this is why. I haven’t responded to her text messages because she spent all of yesterday leaving me negative wedding reviews online and texting me telling me that all of this has just garnered more attention for her new photography business so I should be embarrassed.

I’m not embarrassed. I did right by her. I turned down Maci’s wedding for two months and a half months for a bride I didn’t even know because I actually am the good person I say I am. But two years ago when I left a corporate job where I was disrespected and used, I said as long as I was self-employed I would not let that happen to me again. Dismiss whatever insults your soul. Don’t let anyone try to harm you, take from you, or use you. Be a good person. Show kindness but also don’t let anyone use you.

Ironically at the very workshop this young woman attended of mine, the photographers asked about situations like this. Drama, clients that are unhappy or who want to hurt you. I told them simply that I am untouchable. All that matters to me in this world is my wife, my cats, and being a good person. I have all three of those on my side and nothing else matters. I would rather be a good person than a good photographer and at the end of the day, I know I showed this young woman more kindness and generosity than she will ever understand. But I also ended my relationship with her when she tried to abuse that kindness and generosity.

Here is Rebekah’s response on Facebook with her slightly different take on what went down:

Friends, I’ve found myself yet again in another wedding photographer predicament! I had hired…Brittany Photographs to shoot my wedding and engagement photos, essentially choosing my wedding date per her availability. We met and signed a contract, and I shortly thereafter paid her several thousands of dollars (in full). She later tells me that Maci Bookout has my wedding date and wanted her to shoot it, but that she had more integrity than that, and told Maci she was already booked. Then, as many of you know, she waited until April to tell me she decided to cancel my wedding photography to photograph the other wedding—but didn’t have the money yet to refund me, so I had to wait until Maci paid her to get my payment back. She promised a free engagement session, free wedding formals session, and free mentoring session to make up for the inconveniences.

Also, if any of you have spoken to me about this, you know that I handled this situation with grace and said nothing negative about Brittany or the events at hand, and continued to look forward to the upcoming engagement session. Nevertheless, I just received a message from her telling me that she has a lack of respect for me and because of this she is going to take my future complimentary sessions off her calendar (which I was encouraged to get in writing, but wanted to give her the benefit of the doubt, and did not).

SO, we’re now left without an engagement portrait photographer and without the wedding formals I was looking forward to in the mountains. If anyone can recommend a photographer that runs deals on these things, [my fiance] and I would appreciate it! Thank you! ☺️

In the comments section, Rebekah shared an update revealing that she did eventually get her refund:

YES, I did receive my refund in full after Maci made her payment to Brittany. Thank you all for your support. Since its come to my attention that she is posting her message to me (but obviously not my response), in much the same way she wouldn’t answer my phone calls to speak civilly about whatever she claims has happened (which I am still completely unaware), she also didn’t respond to me until she threatened to take legal action if I didn’t remove my Facebook post, because of the confidentiality agreement I signed, which was for the workshop, not anything wedding related.

Rebekah also posted screen caps of text messages with Brittany after Brittany reportedly did the same. (I couldn’t find the ones posted by Brittany after she apparently deleted them.)

It’s truly sad to see so many people from my hometown that I don’t even know saying that I dropped this young woman’s wedding for Maci Bookout’s because I’m desperate for the publicity. Those same people are the ones watching Teen Mom with a Diet Mountain Dew every week who would sell their first born to meet Maci at an Applebee’s. And the last thing I’m going to say about this is that I can’t take credit for that joke because I got it from Liza.

OK, so we know Rebekah and Maci have the same wedding date. Rebekah’s online wedding registries indicate she is getting married on October 8. With that information, you can then hop over to Brittany’s website and see that she will be in Tallahassee, Florida from October 7 through October 9. The logical conclusion is that Maci Bookout and Taylor McKinney are getting married in Tallahassee on October 8. (Rebekah’s wedding is in Tennessee, so the Tallahassee entry is not left over from that booking.)

As far as a destination wedding, Tallahassee seems like an odd choice — especially since I don’t know of any connection to the city with either Maci or Taylor. Granted, it is relatively close to the Gulf Coast where they love to vacation, but if that were the reasoning, then I would have assumed they would actually get married in Panama City or Destin with a beach ceremony? (I thought maybe there was a Tennessee Volunteers game at FSU, but they play at home that Saturday against Texas A&M.)

I suppose Brittany could have listed Tallahassee when she will actually be down on the coast — it’s a distance of less than 25 miles. I’ve been to a beach wedding at Alligator Point, and it was beautiful! We will update if we find out more.

[H/T to numerous Teen Mom fans on Tumblr for highlighting the photog spat!]