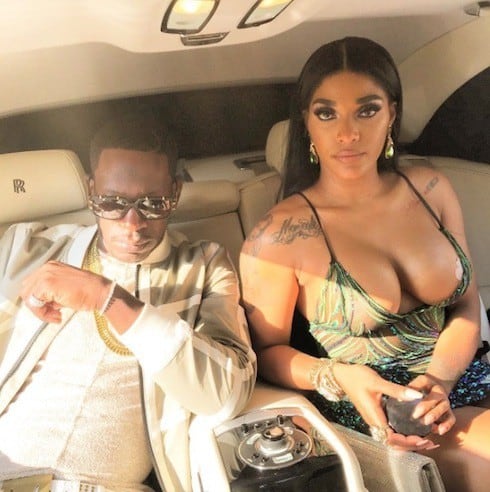 The identity of Joseline Hernandez’s baby daddy might have just been identified–and the result could be a boon for Love & Hip Hop Atlanta. According to a new, as-yet-unsubstantiated report, Joseline Hernandez and Young Dro are rumored to be expecting a baby together, and Dro is set to join Joseline as a cast member for LHHATL Season 6.

Neither Joseline nor Dro have yet to comment publicly on the report, which was first made public by Wetpaint. However, speculation as to the identity of Joseline’s baby daddy has been rife for weeks among LHHATL viewers. Joseline first said that her estranged partner Stevie J was the father; when Stevie denied paternity, Joseline lashed out, accusing Stevie of molesting he and Mimi Faust’s daughter in widely disparaged remarks. After that, when Joseline’s pregnancy came into question, a report surfaced alleging that the child’s father was an unnamed, “60-something club owner” who has investments in “a number of the hot clubs in Hollywood.”

The Wetpaint report claims that Young Dro “recently signed on to join Season 6 of Love & Hip Hop Atlanta.” Dro was also one of the men that Stevie accused Joseline of hooking up with during their war of words last month, and he and Joseline “have collaborated on music in the last few months.” The current hot speculation, then, is that the two might “have also been collaborating in the bedroom.”

Adding fuel to the speculative fires: When Dro was recently asked, point-blank, whether he’s the father of Joseline’s baby, he only said “No comment.”

#YoungDro talks #Joseline and whether or not he's the father of her baby (vid: @jazzymcbee)

Love and Hip Hop Atlanta Season 6 is expected to air in the summer of 2017.