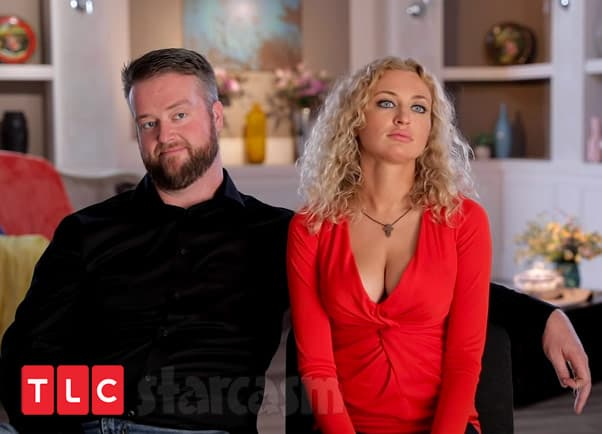 On last week’s episode of 90 Day Fiance, Mike had his heart crushed when his Ukrainian fiancée Natalie could not bring herself to say that she loved him during an interview segment with producers. The couple appeared to be done as Mike prepared for his return flight to the United States a single man. But, Natalie’s mother and viewers pulling for the couple to make it have reason to remain hopeful for a happily ever after!

The first hint that Mike and Natalie might survive their on-screen break up came courtesy of an accidental leak by a law firm in Washington state. On Friday, January 10, the GSJones LAW Group revealed on multiple social media sites that one of their attorneys would be featured on the show.

Here is their announcement:

90 Day Fiancé couple Natalie of Ukraine and Mike of Sequim, WA have been through a lot. Natalie has been turned down for a fiancé visa and they disagree about religion. Are they ready to get married now? First, they have to work with our immigration visa attorney, Michele Taylor, to get Natalie her K-1 Visa. Check out our attorney on this popular TV show this Sunday on TLC.

Wait, Natalie has been turned down for a K-1 visa?! It’s unclear if that was her visa with Mike or a prior one.

Regardless, once the episode aired, the law firm realized they had slipped up. “UPDATE: We seemed to have received incorrect information,” they wrote on Monday. “Michele did not appear in the episode that aired on 1/12. We will keep you updated on the correct date.”

The social media whoopsie is certainly no smoking gun as far as evidence that Mike and Natalie are still together. But, photos of Mike filming at the Seattle airport and hanging out with Natalie in the United States certainly are!

Katrina from The Fraudcast podcast and the popular @FraudedByTLC Instagram account has been corralling fan-sourced photos of the couple and sharing them on Instagram. I’ve gathered together all of her posts, beginning with flower-toting Mike at the airport. Although there is no camera crew in the photo, the photographer says there was one there capturing the moment. Unfortunately, Katrina explains that the person who took the picture had a flight to catch and couldn’t stick around to snap who Mike was waiting for.

“Mike of the Aliens spotted at the airport last night, with flowers and cameras in tow,” Katrina captioned the two images. “Could he be picking up Natalie?”

Katrina seemed to answer her own question less than 8 hours later by posting this photo of Mike and Natalie (and a camera crew) together in Seattle!

“Spotted!” Katrina wrote. “Film crew filming Mike in Seattle at Pike Place Market. (Cameraman far left of pic). Swipe —> for close up. Thank you to @jomastepn for catching this and confirming it 100 % was Natalie and Mike and the whole film crew!”

Katrina then filled in the gaps a little bit with a photo of Natalie at the Seattle-Tacoma airport:

“Natalie at SeaTac without Mike of the Aliens,” the caption begins. “But we saw him there too!” 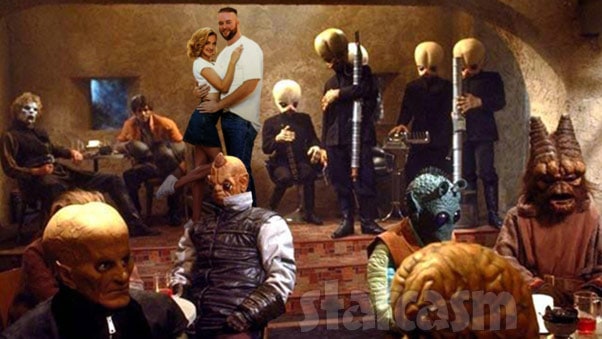 Unfortunately, Natalie has her ring finger hidden in all of the photos.

Normally, I would speculate about whether or not Natalie and Mike got married in Ukraine, especially given the reported issues with her K-1 visa. (Fans of the show are well aware that if a K-1 visa is denied, often times the next best option is to go ahead and get married abroad and have the person come to the United States on a spousal visa.) But, given what the law firm stated about helping with her K-1 visa combined with how soon Natalie was able to actually make the trip, it almost has to be that she was able to clear up whatever issues she was having with her initial K-1 visa filing. Perhaps it was a successful appeal of a denial?

The only great mystery that seems to remain is why Natalie and Mike have been rather vicious towards each other recently on social media. Is it possible they were just putting on a show to keep their reconciliation a secret?

I suppose we will all just have to keep tuning in for new episodes of 90 Day Fiance airing Sunday nights at 8/7c on TLC to find out!

90 DAY FIANCE Did Jonathan and Fernanda split up?