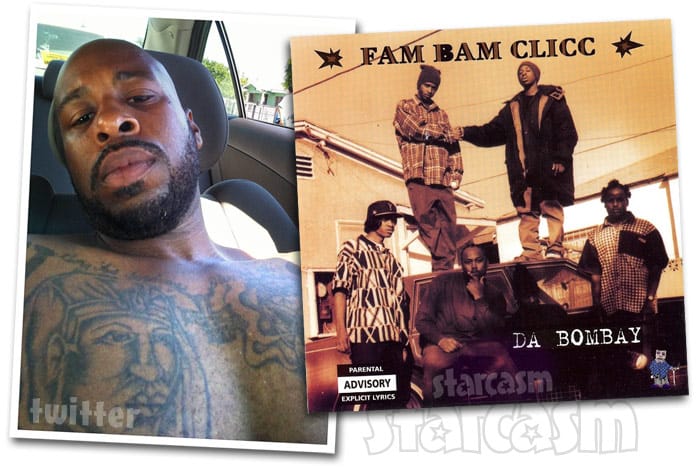 On the premiere season of WE tv’s Love After Lockup, fans will meet Andrea Edward Owusu, a Mormon single mother of three engaged to an inmate named Lamar, who is just getting out of prison after serving 18 YEARS. In the cast bios it mentions that “Lamar is a former up-and-coming rapper” who wants to “pick up his rap career where he left off 18 years ago.”

We did a lot of digging and found out who Lamar is. He is a rapper who performs under the name Baby Nucc Dogg (sometimes spelled Baby Nook Dogg). He was a member of the West LA rap group Fam Bam Clicc along with fellow rappers Du Low D, E-Wacc, Squee Bas, Yardsticc and Baby Q-Ball. 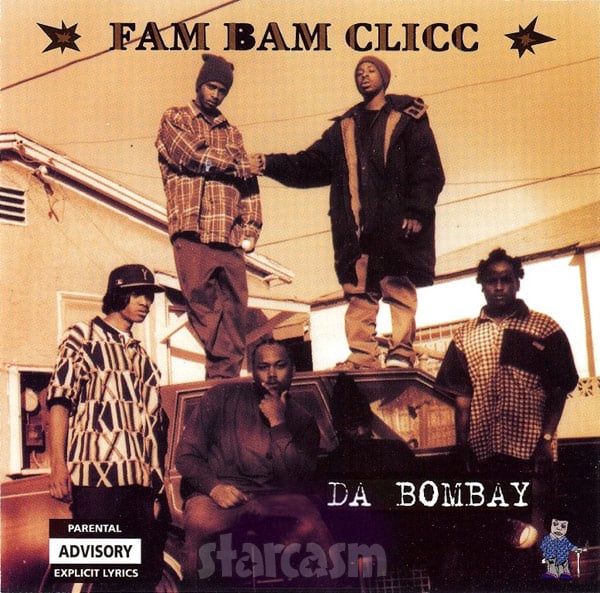 Fam Bam Clicc, which was reportedly one of the last groups helped out by Eazy-E (one source says it was because they were members of the same Crip gang), released the EP Da Bombay on Trip Box Records in 1995. Here are a couple of songs from that EP, including the title track as well as “Don’t Stop Until Tha Casket Dropz:”

***WARNING*** Contains language that is not SFW!

Baby Nucc has revealed on Twitter that he will be releasing a brand new song on January 12 — the same day as the premiere of Love After Lockup. The track is titled “Unhook My Khakis” and it looks as though he recorded it at Total Access Recording Studios in Redondo Beach, California in August:

Amazingly, I was never able to figure out Baby Nucc Dogg’s real full name. I assume that his first name is Lamar, but Baby Nucc has a second Twitter account under the name Albert Jackson, so I don’t know. (Apparently a rapper getting sentenced to 18 years back in 1999 was not enough of a story to merit any sort of internet entry — at least none mentioning the name he performed under.)

As far as Baby Nucc’s (Baby Nucc is funner to type than Lamar) relationship with Andrea, it looks like that goes way back. We previously posted about Andrea’s appearance on the reality show Stage Moms of LA in 2015, and early on in the taping for that show, Andrea reveals that she is engaged to a prisoner. As we also mentioned in that post, online records indicate that Andrea divorced her husband Samuel Owusu in 2011.

As you could probably tell from the Love After Lockup trailer, Andrea and Baby Nucc’s relationship has been anything but smooth sailing. According to Andrea’s Facebook timeline, they had broken up but got back together earlier this year. When a friend asked Andrea on social media if she and Baby Nucc were back together in September, Andrea replied: “Yeah I Finally Found my true King or found him again or he found me.”

In late April, Andrea hinted at a break up when she posted: “And Another One Bites The Dust… O Why Can I Not Conquer Love? You can not break me I’m still fighting for Peace… Well I’ve got thick skin and AN ELASTIC HEART!”

That sparked this interaction in the comments:

FRIEND: Girl!! What happened? You okay???

ANDREA: Planning This Wedding Is Leading To A Divorce!!!

ANDREA: Yeap girl I’ll PM you tomorrow after church maybe then I’ll be more humble and Christ Like … 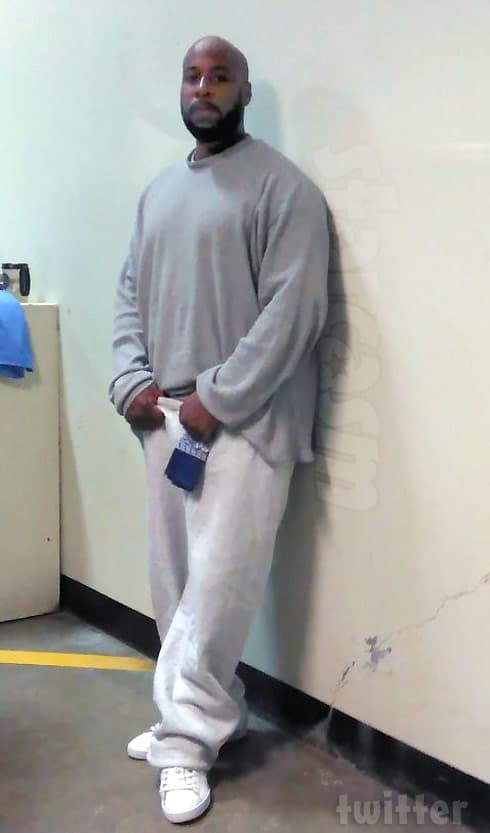 One post made by Andrea that I have no idea what to make of is a question she posted on a Facebook group dedicated to the Opon Ifa, which Wikipedia defines as “a divination tray used in traditional African and Afro-American religions, notably in Ifá and Yoruba tradition.”

On October 16 of this year, Andrea wrote: “Question… I’m New and need guidance… My Fiance is White can he advance in IFA?”

Wait, what? I honestly have no idea what she talking about with the whole white fiance thing?!

As far as her question, the response from members of the group was unanimously “yes.” Andrea replied by offering her thanks and admiration for the group: “Wow This is a very supportive and positive source of Love and knowledge this Ifa… Where has it been all of my life… I am hungry.” My reality TV addict senses are tingling right now. I’m willing to bet $5 that we are going to see a scene with Andrea involving an Opon Ifa.

Although it doesn’t have to do with Andrea and Baby Nucc’s relationship, there were also a couple of interesting posts referencing the show — or at least I assume it is Love After Lockup that Andrea is talking about. Check out this interaction in May of this year:

ANDREA: Can anyone give me a good detailed reason why I have to wear makeup on TV? I mean if it’s my Reality the real me rarely wears make-up … Just Saying…

ANDREA: Show About My Life with my kids and ect. I’ll email you details it’s crazy … Basically The Black Mormon Kardashians of Utah except my kids are educated with Talent …

Something tells me that we will be seeing “The Black Mormon Kardashians of Utah” in numerous memes, Facebook groups, and reddit posts over the next few months.

To find out if Andrea and Baby Nucc are able to maintain their relationship after his release, and to follow along with his attempt to restart his rap career after 18 years, be sure to tune in to the premiere of Love After Lockup on Friday, January 12 at 10/9c on WE tv.

* As I brought up in our post about Andrea on Stage Moms of LA, these background posts take A LOT time and effort — so if you are a writer for another site doing an article based on this information, please link back. Thanks 🙂