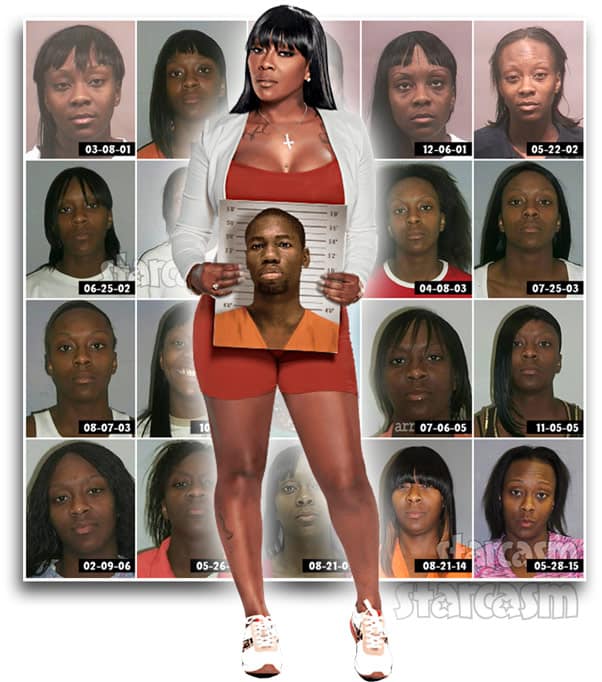 On the new season of Love After Lockup, 37-year-old Andrea reveals to her sisters that she is dating a rather notorious local incarcerated criminal criminal named Lamondre. Andrea’s sisters and her mother all clutch their pearls and shake their damn heads, but it turns out that Andrea has almost as many arrests as Lamondre!

Andrea’s extensive arrest history includes an eye-popping array of charges and convictions ranging from grand theft to domestic violence to arson. With very little effort, we were able to gather up no fewer than 20 mug shot photos of Andrea dating back to 2001.

All 20 booking photos are included in the image above, but here is a slightly better look with dates: 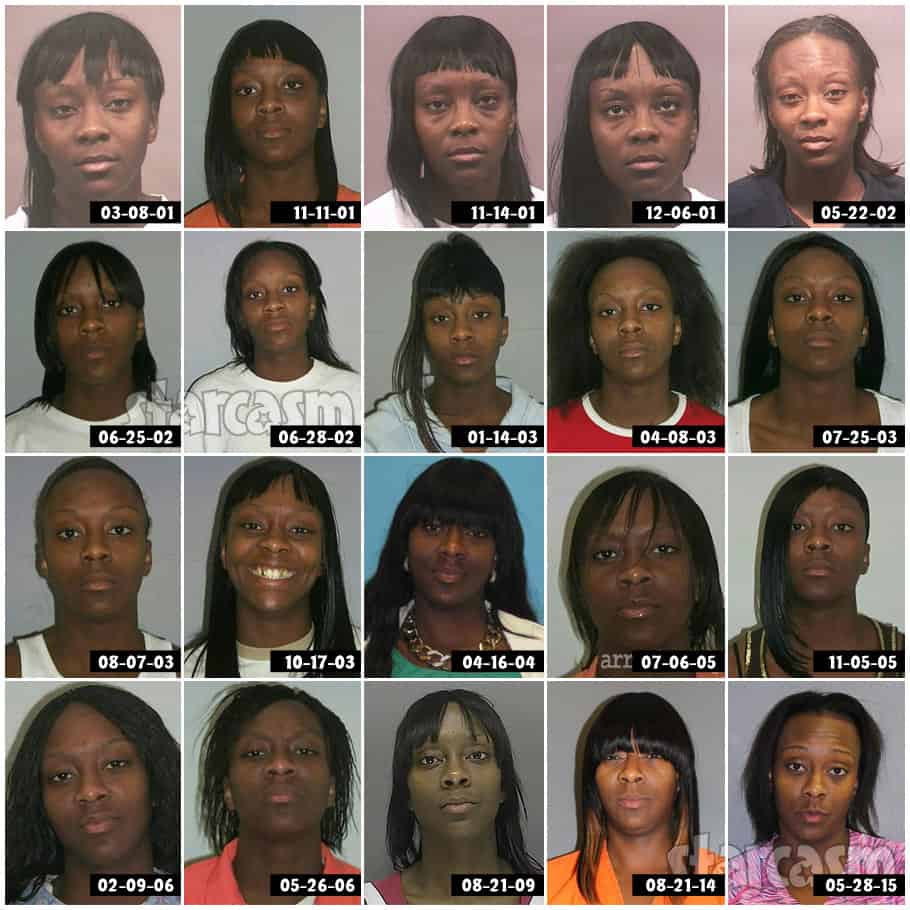 As Andrea reveals on the show, she is the owner of IKlass Sunwear, which includes a variety of statement sunglasses. Andrea’s passion for sunglasses is nothing new, as evidenced by her 2014 grand theft arrest after she and her accomplices were caught stealing $6,695 worth of eye wear from a Florida Sunglass Hut!

According to the police report, Andrea and her pals walked out of the store with a total of 14 pairs of designer sunglasses, including two Guccis, Mio Mio, Bulgari, four Tom Fords, and six Chanels!

Here is a timeline of some of Andrea’s criminal charges over the years:

In summary, it seems that Andrea’s sisters and her mom should loosen their clutch on their pearls — and if those pearls were gifts from Andrea, they might want to check to make sure they weren’t stolen.

UPDATE – Andrea has since responded to our post by owning her past and comparing herself to other previously incarcerated celebrities like Meek Mill, T.I., NeNe Leakes and Marlo Hampton:

#LoveAfterLockup star @iklass_sunwear is owning her criminal past and the 20 mug shot photos we recently posted. Well, most of them anyway. Andrea compares herself to #RHOA's Marlo Hampton, but Marlo and her handful of booking photos has got nothin' on Andrea! 🤑 In addition to Marlo, Andrea also hash tags Meek Mill, T.I. and NeNe Leakes. Meanwhile, Andrea's co-star @italian_queen757 comes to her defense in the comments. (The original article with Andrea's mug shots and list of charges is in our story highlights under Love After Lockup.) #Lamandrea #RagsToRichest

New episodes of Love After Lockup air Friday nights at 9/8c on WE tv.