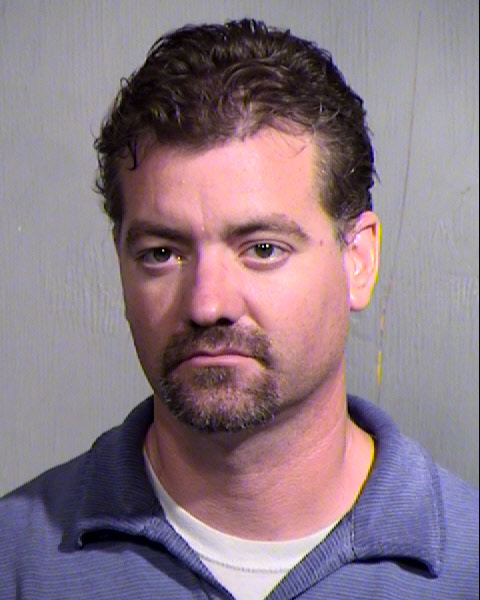 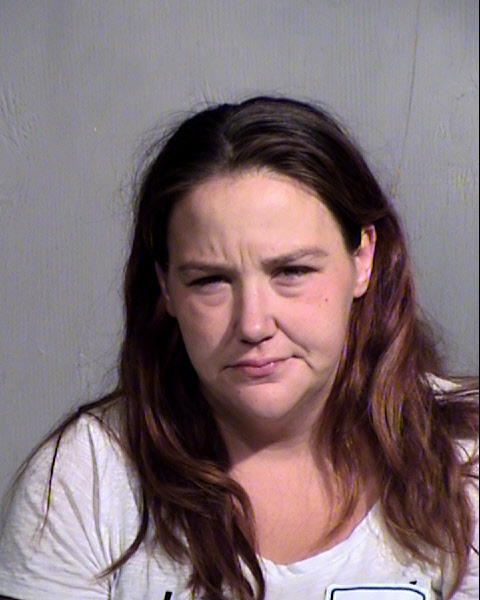 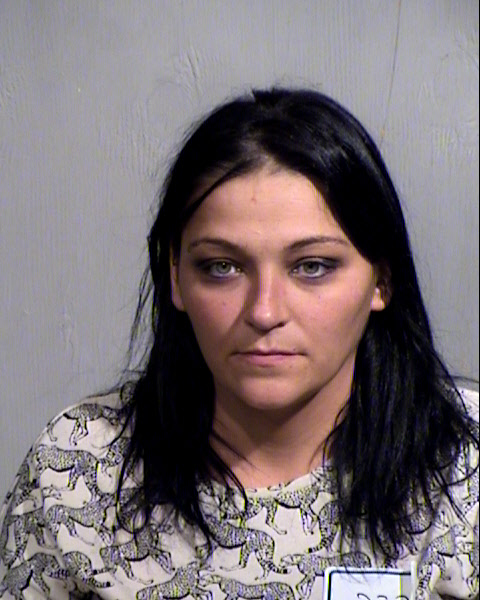 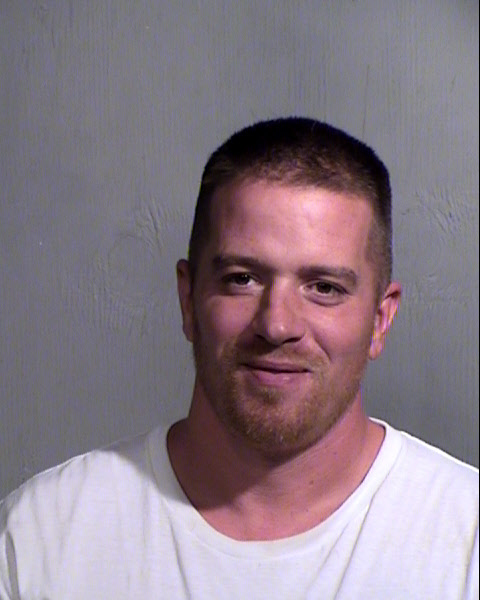 Forget gold bricks, it appears the real money is in little plastic bricks! That seemed to be the mentality of four suspected Lego thieves arrested in Arizona this week after police concluded a four-month sting operation by searching their property and finding more than $200,000 worth of the popular building blocks, many of which were stolen and being resold or returned to the stores as exchanges.

The mug shot photos of those arrested above include (clockwise from top left) Troy Koehler, 40, Melissa Dailey, 34, Tarah Dailey, 33, and Garry Fairbee, 35. According to AZFamily.com, Toys “R” Us management notified police in March that there was a problem with Lego playsets being stolen from various stores in and around Phoenix. Fairbee and Tarah Daily were caught on surveillance cameras stealing various premium Lego sets worth $99 and more from numerous locations. 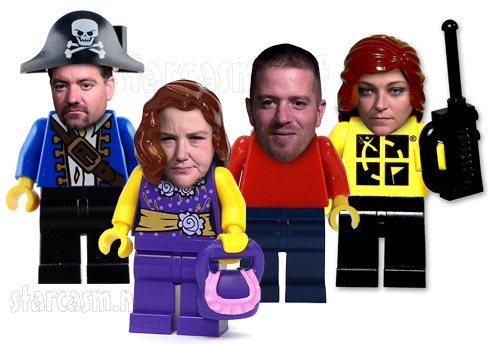 Police were later tailing Fairbee and Melissa Dailey (who is a cousin of Tarah Dailey) when they observed the pair selling some of the stolen Lego sets to Koehler. Search warrants were served on Koehler and Fairbee’s properties and that’s when police found “approximately 18 pallets of Legos” valued at more than $200,000. Of those, only $40,000 worth of the Legos were known to be stolen given the evidence gathered during the investigation. 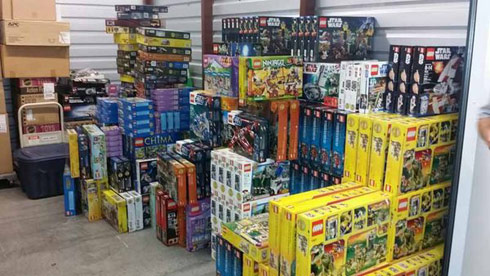 Charges for the four Lego looters include one or more of the following: Organized retail theft, trafficking in stolen property, fraudulent schemes, and illegal control of an enterprise.

Phoenix Police Department Officer James Holmes says of the bust, “It never ceases to amaze me the length that people will go through to get their money.” He adds, “I know that Mr. Koehler has a legitimate job, nice home and he makes a decent living without having to do this type of a crime.”