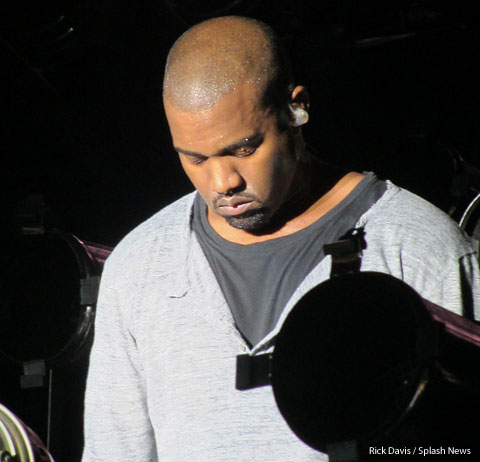 Kanye West and Kim Kardashian may be ridiculous, but they must be doing something right because they’re getting accolades from two of the most respected people in the worlds of music and technology.

Since their baby North West was born June 15, they’re keeping infant on lockdown, but one of the few people to meet the newborn is Apple co-founder Steve Wozniak. Kanye’s birthday is very close to his daughter’s, June 8, and Kim arranged for the technology superstar to meet Kanye to help him celebrate his 36th year on earth. Kim was unable to attend his birthday party in NYC because she was so close to giving birth, but it sounds like she more than made it up to him.

I have seen a lot of babies, and a baby represents the love between the people and that meant more to me and the love that Kim was showing to Kanye. Just because he was interested in technology and companies, she, as a birthday present, she had me come up there to meet him. Unbelievable that a woman would do that. I mean I just think she is doing everything she can to show her love to a man.

This meeting is especially interesting considering the fact that Kanye told the New York Times that he’s now the “Steve of Internet, downtown, fashion, culture. Period. By a long jump. I honestly feel that because Steve has passed, you know, it’s like when Biggie passed and Jay-Z was allowed to become Jay-Z.”

Meanwhile Lou Reed is gushing over Kanye, who’s album Yeezus officially released June 18 has won over critics. The well-respected founder of the Velvet Underground said at a creativity festival in Cannes Thursday “The only guy really doing something interesting is Kanye West. He’s really good whatever you might think of him on other levels.”

Britney Spears is launching a mobile game app with the makers of Kim Kardashian: Hollywood