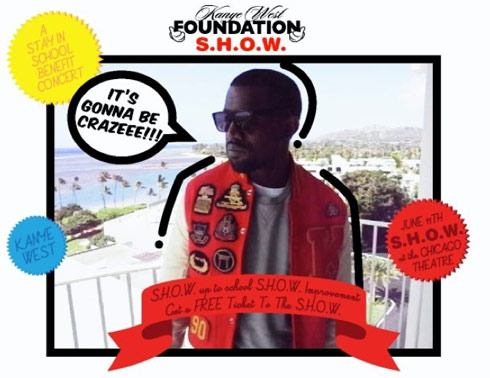 Surprising: In 2010 the Kanye West Foundation spent nearly a half-million dollars but not one dead president found its way to an actual charity.

According to The Daily, an analysis of the not-so-charitable charitable group’s 2010 tax filings reveal that the foundation had expenditures totaling $572,383, with most of that sum going to salaries and other “overhead expenses.” Meanwhile, the charity handed out zilch to charity.

Nothing, not a penny man. Charity… You’re doing it wrong!

For some perspective, FoxNews.com reports that The Better Business Bureau’s Wise Giving Alliance recommends charities spend at least 65 percent of their total expenses on program activities – translated – charity. That would be 65% as opposed to not-jack%.

Here’s a breakdown of the majority of the 2010 expenditures:

Let’s give credit where it’s due though. Kanye personally donated almost $90,000 to the foundation in 2010 while his company, West Brands, gave an additional $35,000. This was more than all other contributors combined. West also got proactive by shuttering the failing foundation shortly after the end of 2010.

Former executive director Joseph Collins told The Daily that the Kanye West Foundation is currently, “in the process of being dissolved.”

Michael Jackson’s Thriller jacket could sell for a million plus