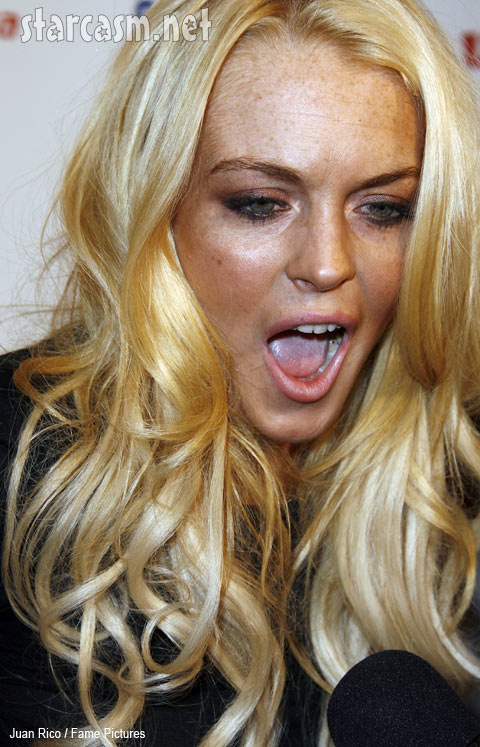 Lindsay Lohan’s taken to Twitter to fight back against her father, who will take $5 to tell you middle school newspaper that Lindsay’s scheduled to die next week.  From the coherent quality of the message, it looks like Lindsay was completely sober when she crafted this message (that’s not usually the case):

“My father is a lunatic&doesn’t even deserve such a title since he’s never been around in my life other than when he’d threaten me&my family. He should be where he has always put himself after verbally abusing and physically abusing people all my life-behind bars. Its so sad to get a phone call from my baby sister just now asking, “why is daddy doing this?” Through tears. He’s crossed the lines&hurt me&my family 4 the the last time…. So much for having a ‘dad’….. I’m going to spend some time with the ones that love me&i love now. I appreciate those who continue to support me. My fans keep me strong&i love you all so much for it! My second family is what you are to me.”

Lindsay Lohan may not make the best decisions, but the last thing she needs is a psychotic dad blasting nonsense across the globe. Jeez my kneez. Cue Nene screaming “Toxic parent!” In an attempt to further distance herself from her father, Lindsay tweeted that she’s dropping her last name, and wants to be known by “One name only–> *Lindsay* hehe!”

Dina Lohan, Lindsay’s mom, is also pissed at Michael Lohan, mostly because he’s getting money for talking to the media about his daughter’s alleged personal troubles, but won’t pay child support for his other kids: Dakota “Cody” (13),  Aliana “Ali” (15),  and Michael Jr. (21).  She told the New York Post:

“He is also six months behind in his child support. On Monday, we will file a violation order, and if he doesn’t pay, he’ll go to jail. He’s getting paid for these shows he’s doing talking about Lindsay. He’s flying all over the country and not paying for his other three children he’s hurting every time he goes on television. It is horrific that a father could do this. We are afraid he’s spiraling out of control. Ali is scared and will be getting an order of protection. Lindsay is getting an order in California and in New York. He’s desperate, he’s running out of options because none of his children is talking to him. Doors are closing for him, and he’s getting a little nervous, which makes us nervous. We’re scared.”

There’s no proof, but Lindsay probably does take a ride down Cokey mountain too much. She may also chase booze with pills, but if so, she’s probably just trying to numb the pain from having an obsessive, “lunatic” for a father. She also has a mother who wants to be her, but that’s a topic for a whole ‘nother therapy session.