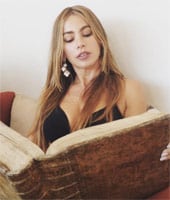 It's been revealed that a right-to-live lawsuit was filed Tuesday in Lousiana on behalf of the frozen female embryos Vergara created with former fiancé Nick Loeb via in vitro fertilization in 2013. The two fertilized eggs have been named as plaintiffs "Emma" and "Isabella."
Read More... 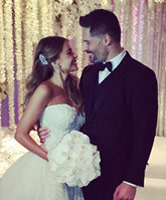 Yesterday, the hottest engaged celebrity couple on the planet went and made themselves the hottest celebrity newlyweds! Sofia Vergara and Joe Manganiello wed in a family-filled Palm Beach, Florida ceremony. Check out a few great pics of the lovely pair from their big day.
Read More...
"Do you like this look Ed Oneal[sic]???" Sofia Vergara captioned a photo of herself looking like her TV husband Ed O'Neill's other TV wife Peg Bundy.
Read More... 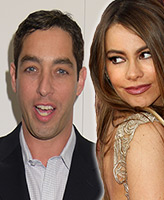 Sources close to Sofia Vergara say it's no coincidence that the actress' ex-fiance, Nick Loeb, attacked her in an New York Times op-ed the same week as her Hot Pursuit premiere. Find out how Sofia's side is striking back...
Read More... 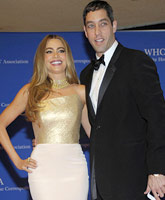 Well here is some real "modern family" drama for you. Actress Sofia Vergara's ex-fiancé Nick Loeb is suing to prevent Sofia from destroying her in vitro fertilized eggs using his sperm because he still wants to have their baby! Nick also alleges Sofia was abusive to him during their relationship and insisted on using her 44-year-old friend and employee as a surrogate.
Read More... 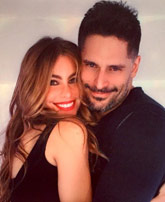 It has been confirmed that Sofia Vergara and Joe Manganiello are engaged. Find out the deets on the breaking news!
Read More...
Read More...
Read More...
We use cookies to ensure that we give you the best experience on our website. If you continue to use this site we will assume that you are happy with it.OkNoPrivacy policy