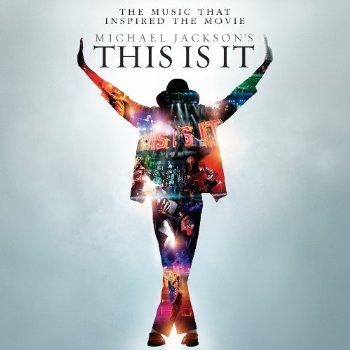 Listen to the full song here!

The much-anticipated single from the upcoming Michael Jackson 2-CD release This Is It has leaked a little early! Well, at least part of it anyway.

The title track from the collection, “This Is It,” was supposed to be released tonight at midnight, but a 43-second clip has found its way to youtube. Give it a listen:

Listen to the full song here!

Here’s amazon’s description of the double CD This Is It due out Ocotober 27:

This Is It features the music that inspired Sony Pictures’ forthcoming film MICHAEL JACKSON’S THIS IS IT.

Disc one will feature the original album masters of some of Michael’s biggest hits arranged in the same sequence as they appear in the film. The disc ends with two versions of the never-released “This Is It.” This song is featured in the film’s closing sequence and includes backing vocals by Michael’s brothers, the Jacksons.

Disc two offers previously unreleased versions of some of the artist’s classic tracks. This disc also features a touching spoken word poem from Michael Jackson entitled “Planet Earth” that has never been heard before.

The two-disc This Is It is a stand-alone companion to the motion picture and includes a 36-page, commemorative booklet featuring exclusive photos of Michael from his last rehearsal.

After watching the little “Human Nature” video snippet from the rehearsals, I have to say I’m a little excited about the movie!