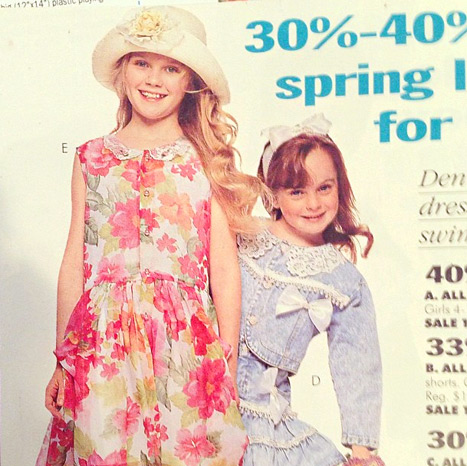 Yesterday for Throwback Thursday Lindsay Lohan shared an adorable modeling photo of herself and Kirsten Dunst when they were little girls.

It looks like a catalog job, judging from the “30%-40%” sale advertised in the right hand corner.

Everyone knows that Lindsay Lohan was a child actress/model from a young age, but Kirsten started her modeling career when she was only 3 years old! By age six, she landed her first movie role in Woody Allen’s short film Oedipus Wrecks, which was part of 1989 anthology New York Stories. Her break-out role came when she was 12 in 1994’s Interview With a Vampire.