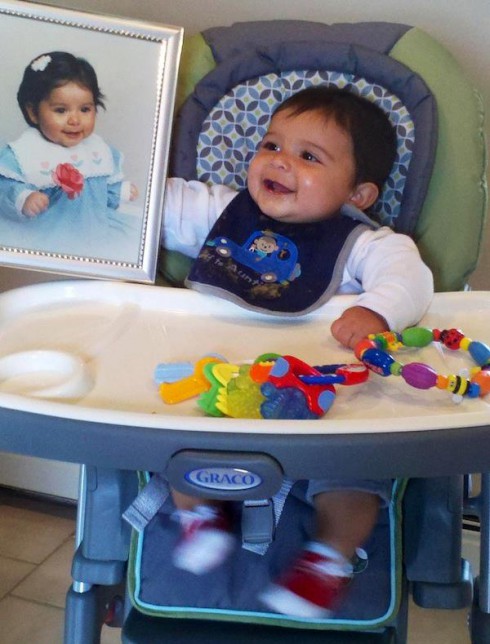 Breaking news, right? Baby looks like his mother! But we couldn’t resist posting this adorable side-by-side photo of Snooki’s baby photo and her son Lorenzo.

She posted the pic on Facebook, saying “I showed Lorenzo a picture of me when I was a baby, and I think he knows that we’re twins.”

Besides filming for the upcoming Season 3 of Snooki & Jwoww, Snooki’s been busy lately. She chose some baby names for Kim K and Kanye’s baby (Kougar or Kat,) offered to help NJ governor Chris Christie in his weight loss goals by going to the gym with him, and suggested that she needs her own talk show. Watch out Bethenny!

Should Gov. Christie work out with Snooki? Should Kim & Kanye name their child Kat or Kouger? Would Snooki make a good talk show host? 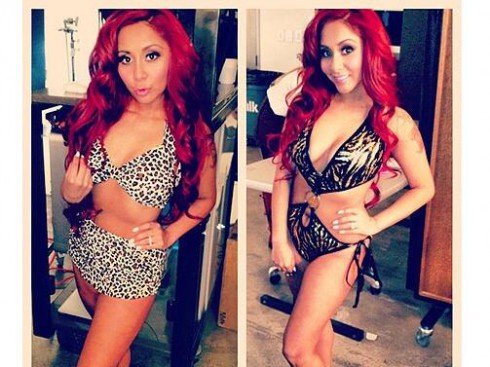 Why did Snooki visit a DNA testing facility with son Lorenzo last week?