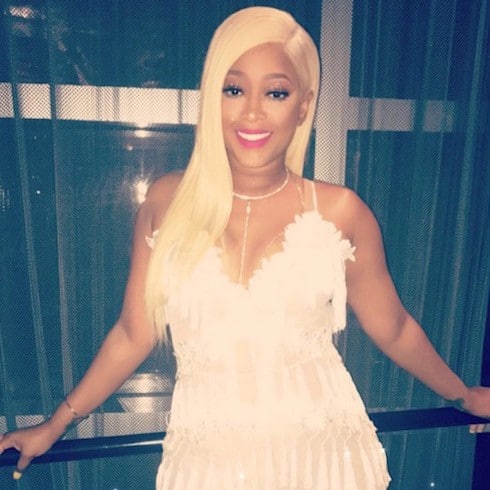 There’s never been any love lost between Trina and Khia, but the latter decide to reignite their feud by claiming that Trina used to be a prostitute (and a stripper) and alleging that Trina now lies about that part of her past. Thanks to Trina’s new album coming out next month and her starring role on Love & Hip Hop Miami next year, she’s about to be introduced to a whole new generation of fans. Unfortunately for her, the long-simmering feud with Khia and the pair’s huge social media presence all but insure that the new generation will now be asking each other: “Did Trina used to be a prostitute?”

Khia’s remarks came during a lengthy Q-and-A session that her friend (and occasional straight man) TS Madison recently shared on YouTube. If you’re not familiar with Khia, you’ll probably want to check out a long stretch of the video (embedded below), as her energetic, drunken ramblings veer from topic to topic with little warning and make for a pretty entertaining time. There’s a whole drama about Khia’s alleged food stamp fraud in there, along with the 39-year-old’s hot takes on literally dozens of her fellow entertainers.

Cardi B was a stripper; Cardi B was a ho, Cardi B got her money, and she was proud to say it: “And b!tch, I aint got to do that no more.” With Trina, it was like, “I wasn’t no stripper, I wasn’t no ho, I aint never sold no p*ssy, I was born a diamond princess with a gold spoon and diamonds in my mouth.” And you wasn’t! You got to say you is a paid ho! You got to say that! You can’t be actin’ like–I can’t respect you, ’cause Cardi B came out and said ‘This is who I am, yes I was a stripper, yes I was a ho, yes I sold p*ssy.” Trina act like she ain’t never did none of that! She act like she just a diamond princess! You can’t do that, girl! You got to keep it one-thousand, and she’s not keepin’ it one-thousand! Girl! [bangs gavel]

Here’s another clip from later in the show, where Khia reaffirms that she believes it’s fine to sell whatever you want, as long as you don’t lie about doing it:

Meanwhile, Trina responded with what we’ll just call some fire. We’re not going to transcribe this, since, in the wise words of George Michael Bluth, “If I clean it up it isn’t really a sentence.” Here you go:

So! No love lost between the two of them, though it’s unlikely if we’ll see the beef play out during Love & Hip Hop Miami Season 1. In fact, judging by Trina’s attitude, it’s unlikely she’ll even let the name “Khia” come up on camera.

One other thing worth pointing out: elsewhere in the 84-minute video above, Khia also claimed that Amber Rose either is or has been a prostitute, also without evidence. You don’t have to go diving for those clips, though, since Khia was kind enough to share them on Instagram:

Elsewhere, she also speculated that Amber Rose (“Amber Hoes”) is a prostitute:

Not that there’s anything wrong with that:

To recap, then: Khia accused Trina of being a prostitute from back in the day to now, but didn’t offer any evidence to support her claim. Trina didn’t like that, and just about took Khia’s head off in response. I’m sure this beef will now end quietly and peacefully and never be revisited.

(Photo credits: Did Trina used to be a prostitute via Instagram)

Who you got in the current Jimmy Kimmel vs. Kanye West war?