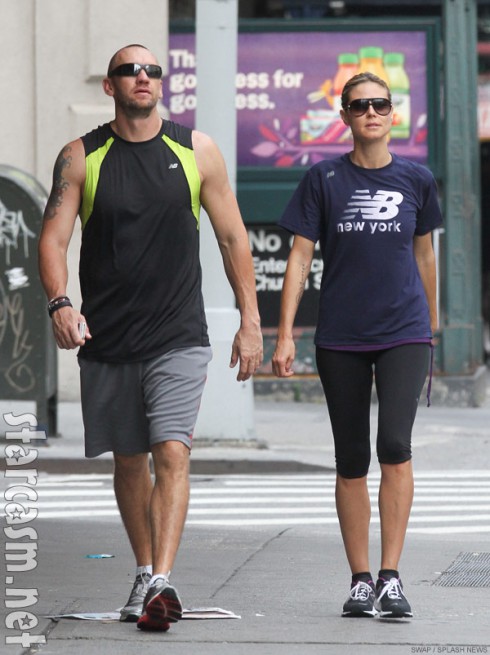 Heidi Klum’s bodyguard has been by her side for the last four years and although their relationship seemed to be strictly business up until recently, Seal claims otherwise. In fact, he’s alleging that Heidi and Martin Kristen were sleeping together long before he and Heidi had divorced. Yesterday, TMZ caught up with Seal at the airport and he dropped the bomb.

“To be quite honest, if there is going to be somebody else in their lives, I’d much rather it was a familiar face. I guess the only thing I would have preferred is that. . . I guess I didn’t expect any better from him, I would have preferred Heidi show a little bit more class and at least wait until we separated first before deciding to fornicate with the help, as it were,” Seal told the cameras.

“I guess you now all have the answer that you’ve been looking for for the past seven months.” So much for playing coy. Seal, who separated from Heidi in January and divorced in April, also added, “I necessarily don’t expect for Heidi to all of a sudden become a nun, but as always, my main priority is the emotional well being of our children.”

Heidi and Martin were seen getting close while on vacation in Sardinia, Italy with Heidi’s parents and children earlier this month. Prior to that, the two had been seen walking alone together on the streets of New York City. (See photo above) Update September 12: Heidi admits having a relationship with Martin, but claims that she never cheated on Seal. 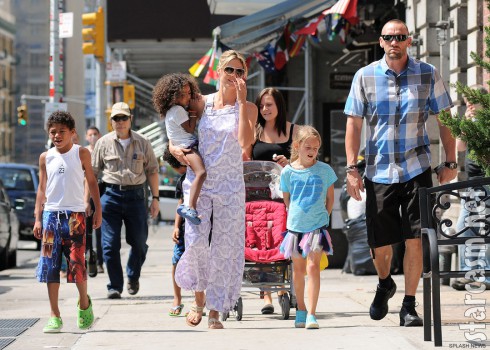 ^ One big, happy family: Heidi Klum and her alleged misteress (and bodyguard) Martin Kristen go for a stroll in SoHo on August 12, 2012. (Credit: Splash News)

Regarding their relationship, a friend of Heidi’s told PEOPLE Magazine, “It’s complicated. Their relationship is hard to define.” The friend also revealed, “Her inner circle of people she trusts is getting smaller and smaller and he is her No. 1 confidante.”

It looks like someone is mixing business with pleasure.