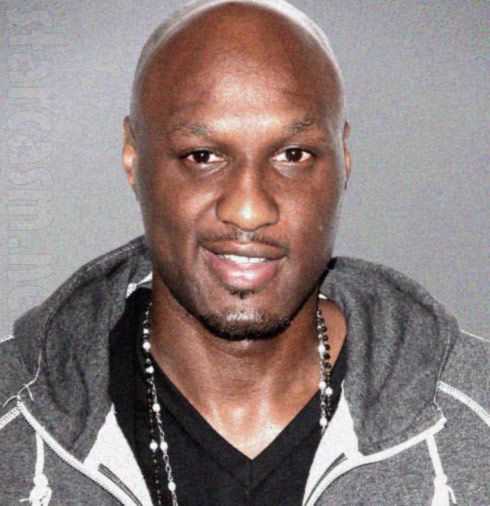 Lamar Odom continues to spiral out of control, almost literally! The 33-year-old NBA forward and reality star was reportedly pulled over and arrested for “driving under the influence of alcohol and/or drugs” in the San Fernando Valley early this morning after he was seen driving too slow and in a “serpentine manner” on the 101 Freeway by California Highway Patrol.

TMZ reports that Odom was driving a white Mercedes SUV and that he initially did not respond to officers, driving 3 exits before finally pulling over. The site says Odom failed “numerous” field sobriety tests and was told that he “refused all chemical tests.” They add, “Law enforcement sources tell TMZ he showed obvious signs of intoxication.” Odom is being held on $15,000 bail.

UPDATE – According to online records (see below), Lamar was released at 8:33AM PST this morning.

The arrest comes on the heels of a reported intervention by the Kardashian family in hopes of getting Lamar to seek help for his drug addiction. After the intervention failed, Lamar reportedly checked into a hotel and according to TMZ, went on a “crack binge.”

Here are the online booking records for Lamar Odom from the Los Angeles Sheriff’s Department: 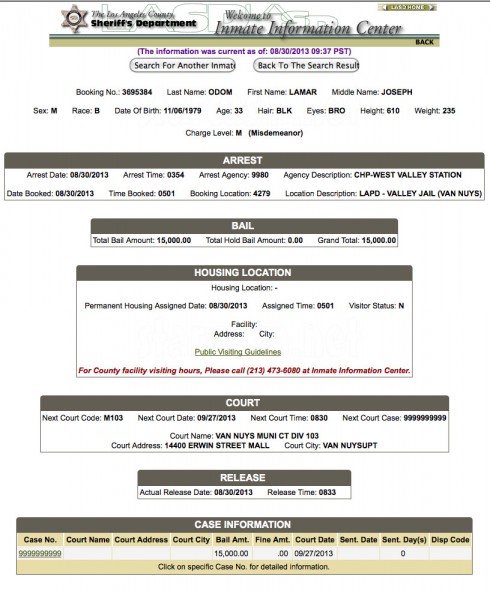 We’re still waiting for the official Lamar Odom mug shot, until then we have the Photoshopped version above. (Are police booking cameras set up to take a mug shot of someone who is six-foot, ten-inches tall?)