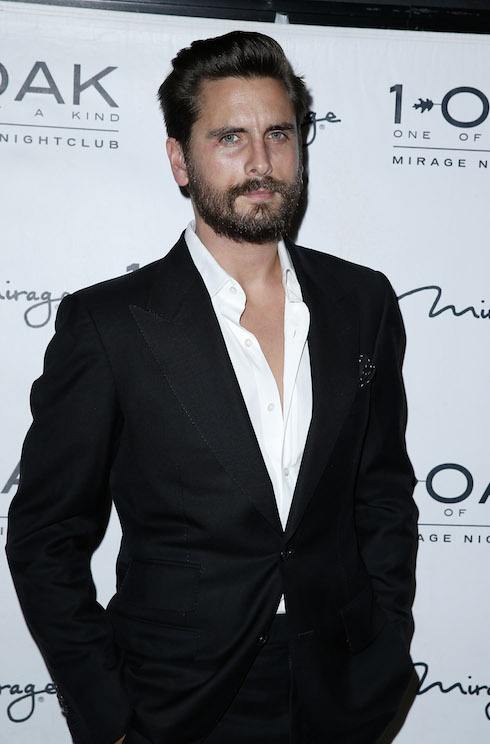 Kourtney Kardashian and Scott Disick have chosen to go to the mattresses over Scott’s decision to spend New Year’s Eve at a Las Vegas bar instead of with the pair’s three children. It looks like things are only souring for the increasingly embattled couple, who appeared to be getting back together following a happy Thanksgiving just a few weeks ago.

Since then, though, it’s been a rough go for the 32-year-old Scott, who recently completed his fourth stint in rehab and is trying to stay clean amid a sea of turmoil. He was allegedly banned from seeing Kim Kardashian and Kanye West’s new baby Saint during Kim’s post-birth recovery, and, according to numerous eyewitness reports, fell off the wagon at a raucous house party shortly thereafter.

And things really got testy between Kourtney Kardashian and Scott Disick following reports that Kourtney has been casually hooking up with Justin Bieber since October–while Scott was in a Malibu rehab center, but well after she had put their relationship on hold. Scott went so far as to threaten Bieber and attempt to “get with” Selena Gomez ahead of Disick’s New Year’s Eve party at the 1OAK bar and grill in Las Vegas.

Disick’s decision to spend New Year’s Eve at a paid party was widely criticized. Kourtney, by contrast, won widespread praise for sharing the above photo on Instagram during the holiday. It’s not known if Scott missed one-year-old Reign’s birthday, but speculation about the true nature of Kourtney Kardashian and Scott Disick’s relationship has been rampant for weeks.

Unfortunately for Scott, the latest Kourtney Kardashian and Scott Disick update doesn’t make anyone look good. According to numerous reports, the pair clashed mightily in the days leading up to Scott’s event: Kourtney was “really p*ssed off about it,” said one insider, who recounted the biggest fight the pair had over the matter. That insider said Kourtney called Scott on his hypocritical ways, telling him “You’re begging me to come back, but then you’re doing this appearance–you’re never going to change.” Scott’s retort? Apparently, he told Kourtney “it’s just business,” and that he needs the $30,000 payday the event promised.

Kourtney, for her part, “[wasn’t] buying” Scott’s pledge to neither drink nor pay attention to other women, and “wants him to find something…to do businesswise that doesn’t involve being in [clubs] all night around booze and girls.”

Kourtney Kardashian and Scott Disick ‘definitely not’ back together as pregnancy, Justin Bieber rumors continue