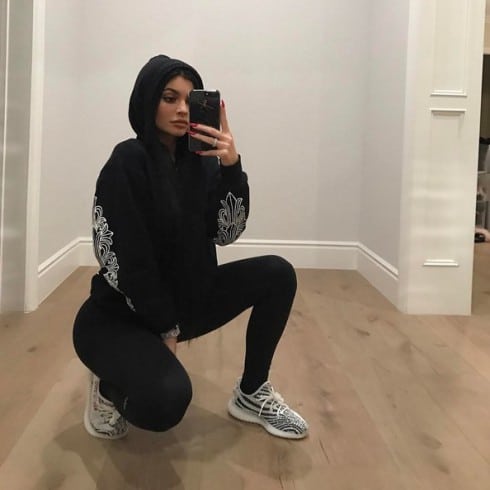 At some point over the past few days, Kylie Jenner started wearing a diamond engagement-looking ring on her ring finger and sharing photos of herself wearing the ring without drawing attention to it (which, if you’re a cynic, is exactly how to draw attention to it). Naturally, rumors and gossip now have Kylie Jenner engaged to Tyga on good authority, and suggest that the two are deep in the throes of destination wedding planning.

Kylie has done this sort of thing before; devoteés will recall that she wore a similar piece of jewelry in a high-profile Instagram shot a few months ago, one in which Tyga was snuggled up to her and Kylie was focused on her phone. Nonetheless, a new report from In Touch claims that Kylie “is ready” to marry Tyga because she’s so afraid that he’ll cheat on her. Any one of Kylie’s half-sisters could tell her that this is a terrible basis for a marriage–but the lure of anonymous sources will not be denied.

“Kylie really, really wants to get married to Tyga. But, she’s terrified that he’s going to cheat on her, and thinks if they get married it will stop him,” says In Touch’s muse, via a separate Hollywood Life report. ““They’ve been together for ages now and Kylie thinks it’s high time Tyga steps up and does the deed. She’s got weddings on the brain, and all she can think about is dresses, and rings, and honeymoons.” 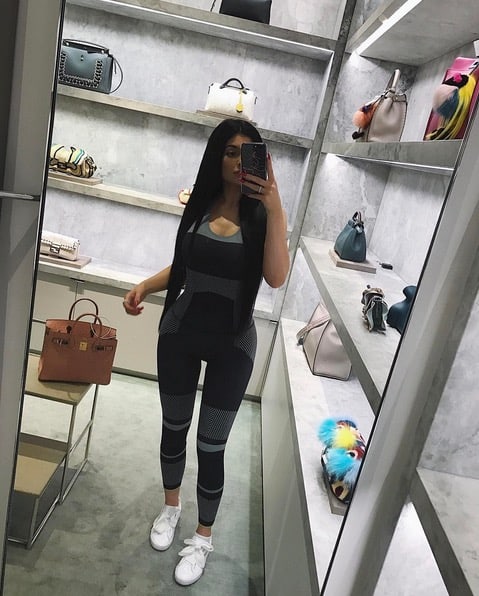 Of course, that report suggests Tyga is “not playing [Kylie’s] game,” because he thinks the two of them are too young to get married. And, while it is bold of Tyga to draw more attention to he and Kylie’s age gap, Hollywood Life’s newest take does the story one better, suggesting that the wedding planning is full-speed ahead and the destination in question is–surprise!–a beach.

Or possibly two: “Tyga would love to have a big destination wedding,” their source explains, “and invite all of his friends and family. He has talked to Kylie for a long time about wanting to honor his heritage and say their I Do’s in either Vietnam or Jamaica or maybe even throw parties in both countries where his family is from when they get hitched.”

But the most intriguing bit in the latest rumors is that Kris Jenner has her wedding present for the two all lined up: their very own Kardashian-branded spinoff. “Kris already has every business opportunity lined-up for Kylie and Tyga when they finally decide to get married,” the source continued. “In true Kardashian style, Kris wants everything from the engagement party to the wedding and honeymoon to be filmed for TV.”