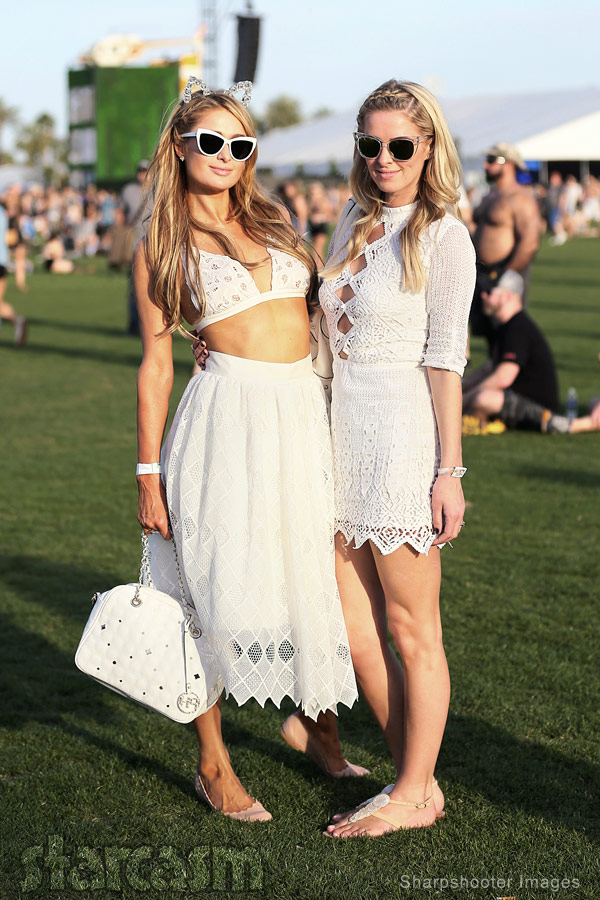 Friday was National Siblings Day as well as the first day of Coachella 2015, so what better way to celebrate both than with two pairs of superstar siblings and Coachella bellas?

Above you can see Paris Hilton and sister Nicky Hilton looking quite Coachelegant in matching fun, white outfits — Paris in a long white dress with white bikini top and matching white glasses, bag, and cat ears headband; and Nicky in a white lace half-sleeve mini-dress with a peekaboob neckline.

Here’s another photo of the two seemingly having a blast holding hands, complete with the obligatory gleeful and eccentric Coachella attendee photobomb: 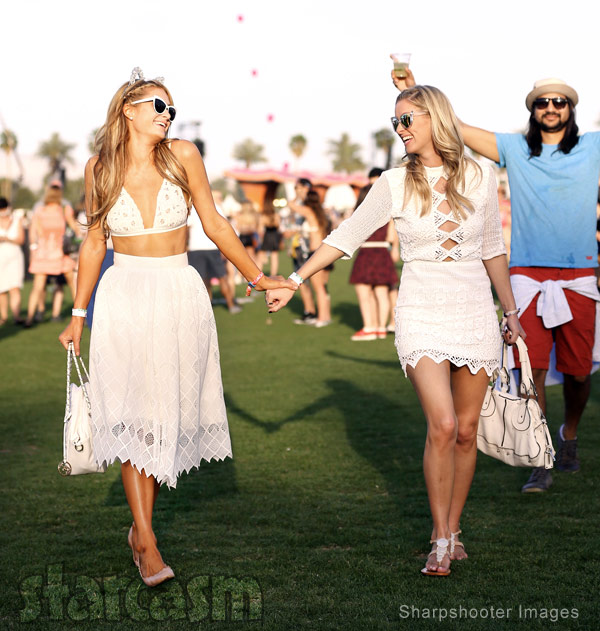 And a closer look at Nicky, complete with her Coachella flask:

The multi-talented Paris Hilton is not just an attendee at the festival events, she’s also a performer:

Hey #Coachella! See you Tonight! I will be hosting & playing at the @BeachersMadhouse Party! It's going to be epic! See you there! 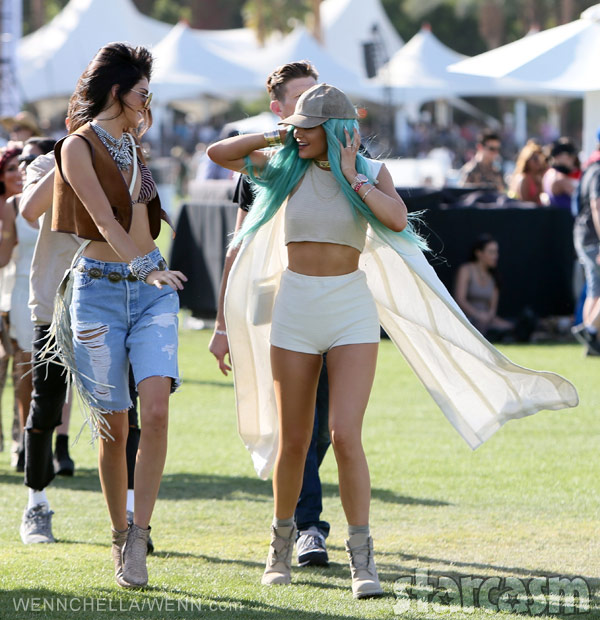 Kylie was sporting her colorful turquoise hair under a ball cap along with an off-white ensemble that included a light, lengthy, flowing vest, hot shorts and crop top. Kendall Jenner was a Coachella catalog model in her elaborate look that included a brown leather vest, striped bikini top, mirrored sunglasses, some rather elaborate Native American themed jewelry and a pair of fierce Saint Laurent python rock ankle boots: 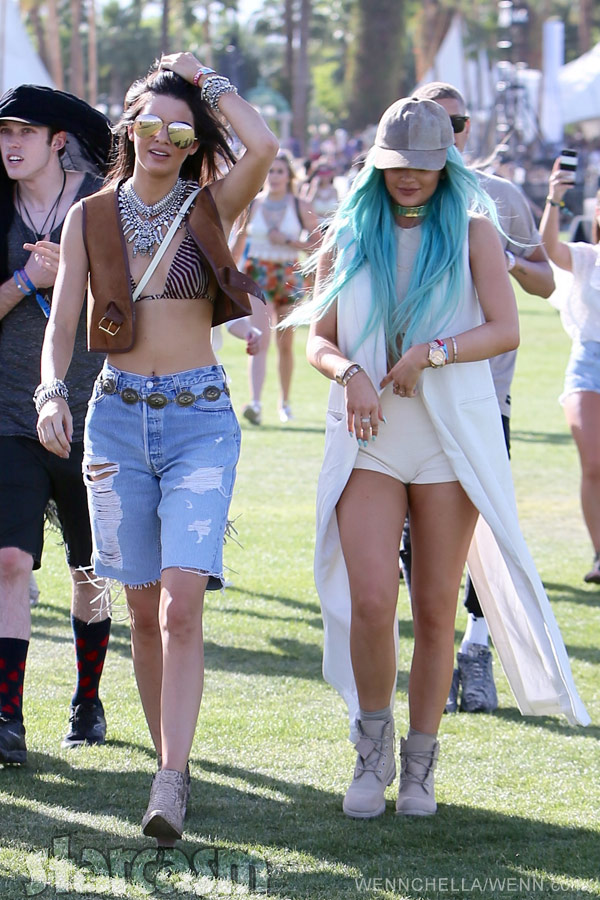 Kylie celebrated the occasion by sharing an Instagram photo wishing that she could have spent the day “with all my 8 other older sibs:”

So which sibling pair do you think should take home Best In Show at the National Siblings Day Coachella Music Festival Fashion Show?