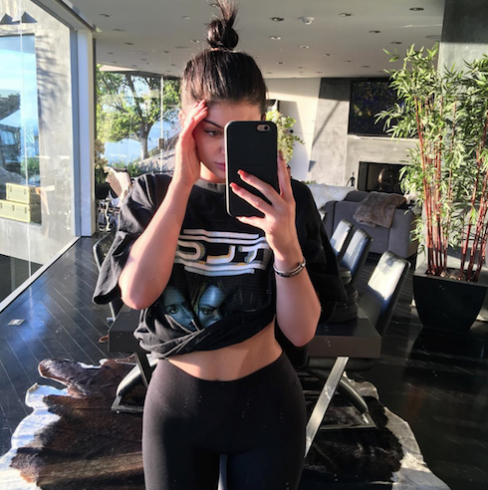 Kylie Jenner and Tyga are apparently sticking together despite the latest round of Tyga allegations–though her family has some choice words for the 26-year-old man, in light of the news that a 14-year-old girl has accused Tyga of trying to have an “inappropriate” relationship with her. Tyga’s been under fire for two weeks regarding the social media controversy, and Kylie hasn’t offered an official comment, but insiders say she’s going to stick with Tyga and help him get through.

The girl, Molly O’Malia, had to wipe back tears several times at a press conference yesterday. Molly, 14, sat with high-profile attorney Gloria Allred as she disclosed that Tyga, 26, sent her a series of “uncomfortable” messages and repeatedly tried to FaceTime with her, allegedly for nefarious purposes. Reps for Tyga called the story inaccurate, said that O’Malia told Tyga she was 17, and claimed that Tyga merely wanted to FaceTime with her so he could show off her singing ability to interested music producers. 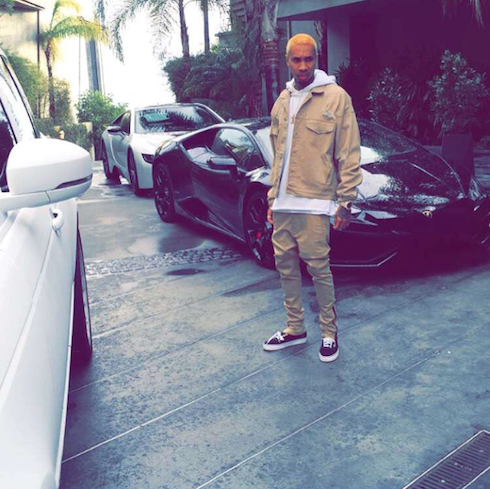 Tyga, who owns cars, went out on the town after the allegations broke. People reported that Tyga and “a few guy friends” hit up BOA Steakhouse in West Hollywood to put some temporary distance between Tyga and the controversial situation. Tyga remains best-known for being Kylie Jenner’s boyfriend, though the two broke up and got back together twice in 2015–both times apparently because Tyga had been unfaithful to Kylie, 18.

According to at least one source, Kris Jenner is “really fed up” with Tyga, and is considering giving Kylie an ultimatum regarding her troubled boyfriend. Tyga is “running out of chances and excuses” with the Kardashian family, said that source, who further explained that the Kardashians can’t respect a man who has no business sense: “Regardless of Tyga’s intentions, Kris thinks he was stupid. It was an all around bad business move on his part. Like, what was he thinking?”

At the same time, a second source came forward with the news that Kylie Jenner and Tyga are staying together–for now. “She’s giving him the benefit of the doubt,” that source explained, and clarified that Kylie is “obviously…talking to Tyga about these claims,” and is “doing her best not be judgmental or assume anything.”