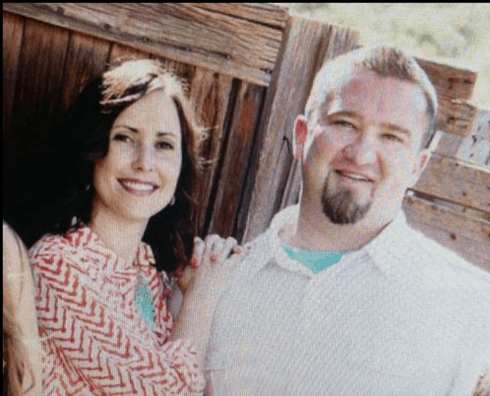 Utah couple Kristy and Kenneth Manzanares took a cruise to celebrate their wedding anniversary, but a domestic dispute led to murder. There was a murder mystery dinner happening at the same time of Kristy’s death, which lead some on board to think maybe her murder was a hoax. Many passengers heard a woman screaming and saw “people covered with blood,” but assumed it was just part of the theatrics.

A witness discovered Kenneth trying to throw his wife’s lifeless body off board of the Emerald Princess ship Tuesday night. “She would not stop laughing at me,” the witness said Kenneth told them when he was discovered.

Brian Eckstrom, another passenger who encountered the horror, told KTUU the ship’s captain came on the intercom that night saying security was needed.

“I get to floor 9. I see this little girl sitting on — I assume — her grandma or somebody, sitting on her lap wrapped up in a blanket. And she’s just sobbing,” said Eckstrom. “A man came walking out from the hallway where it happened and he had, like, a white tank top on, and some jeans. His jeans were completely covered in blood and he came out saying, ‘It’s not good, it’s not good.’”

The couple brought their three children on the cruise with them, and according to witnesses at least one of them may have been present during some of this. Chris Ceman said he heard “one of the little girls from that room came running out calling for help that her parents had been in a fight. She sounded pretty desperate.”

Kasey Hunt, a devastated family member, spoke with Inside Edition about the pain and shock of the situation. “Emotionally, it is hard to comprehend having someone so sweet and so perfect taken in the prime of their life like that,” he said.

During intake with the FBI, Kenneth spontaneously utter “my life is over.”

“Milking” is the new planking, says the internet