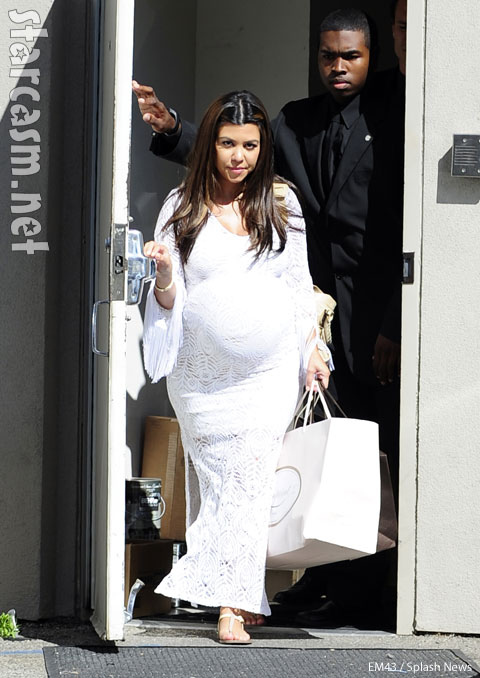 A very pregnant Kourtney Kardashian, who’s really one of the cutest pregnant ladies ever, is expecting her second child with boyfriend Scott Disick any day now, but she’s still not ready for marriage. Kourtney has long said she has trust issues with Scott, but it turns out that her mother’s affair with Todd Waterman might be the biggest barrier between Kourtney and wedding bells.

Divorce (and often the betrayals that go along with it) can have a profound effect on children, and in wildly different ways. Not only did mom Kris Jenner have a blatant fling with a younger man while married to Kourtney, Kim, Khloe, and Robert Jr.’s dad Robert Kardashian, but she recently spilled all the salacious details in her new book, and then brought her old flame Todd onto the show as a storyline. Kourtney is also seen on the showing going to therapy to deal with how she feels about her mother’s decision.

Kourtney opened up to Oprah during her family’s epicly long Oprah’s Next Chapter interview: “I try to put myself in her shoes, and I would never do that to my family. I’m kind of scared of marriage because of that.”

A few weeks ago Kourtney told Jimmy Kimmel that during her second pregnancy she realized a lot of her issues stemmed from her commitment issues: “have realized that I have major commitment problems during this pregnancy. Because I’m really claustrophobic, and all my issues — I have a lot of them  — they all stem from this thing.”

Kourtney has suspected Scott of being unfaithful, especially in the early part of their relationship, and dealt with his drinking issues. Scott hasn’t completely stopped drinking now, but he’s cut back and also made some huge changes in his life since he smashed his hand into a hotel mirror in Miami during a drunken rampage.

Even though Kourtney is hesitant to marry Scott, she DOES seem to be committed to him and is creating a stable family unit with him. Let’s face it, you don’t need a piece of  legal paper to make a solid relationship. She even told Jimmy that she feels like her relationship with Scott is no different from Khloe’s relationship with Lamar. Honestly, if I was a Kardashian, I’d be afraid to get married because of all the drama and hoopla that seems to be required of any of the girls. 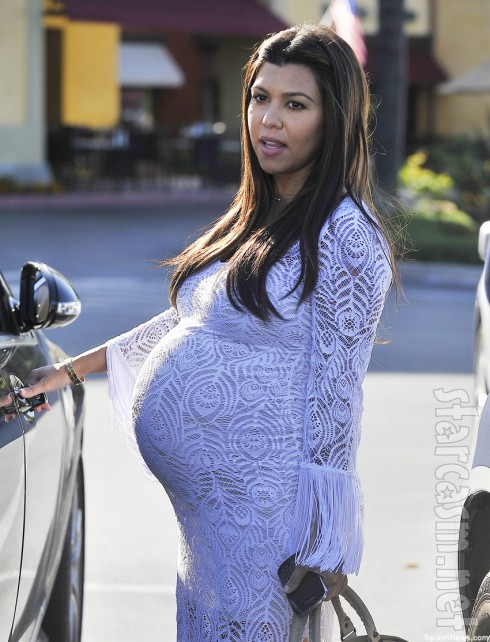 There have been tabloid reports that Kourtney and Scott are planning a Mexican wedding soon, but those seem to be unfounded. If Kourtney and Scott ever did get married, it’d be a major shock. It would be perfect if they just ran off and eloped and didn’t tell Kris or their producers, and didn’t even put the wedding on the show. THAT would be a real shocker.

You can read Kris Jenner’s revealing tell-all here, or just read some of the juicy details here.