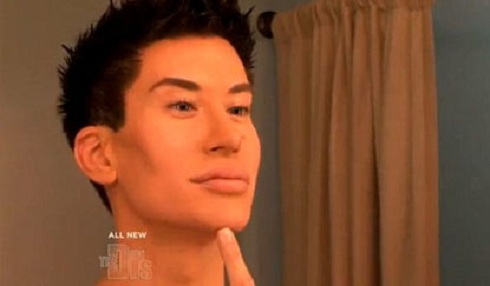 By now, you’ve probably seen the human Barbie, Valeria Lukyanova, and her friend. But there was one key piece missing in this Barbie Dream World — a Ken doll. Enter Justin Jedlica. Justin has spent around $100,000 on plastic surgery including five rhinoplasties, a cranial drown bone shape and augmentations to his cheeks, lips, buttocks and chin, all in hopes of looking just like Barbie’s boyfriend.

“I’ve always been into plastic surgery because it’s an extension of me being creative,” Justin, 32, explained during an appearance on The Doctors. “It was really something that set me apart and validated me, and I felt so euphoric.” 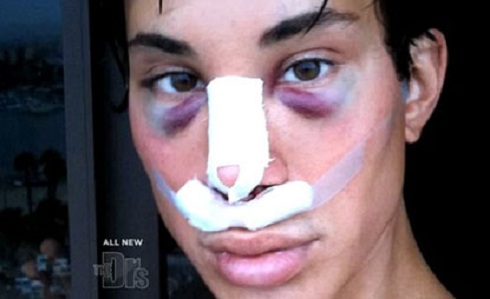 Justin began his “habit” when he was just 18. Now, fourteen years later, Justin has had between 90 and 100 procedures.

“I can treat myself as if I were my own sculpture, my own artwork,” he said of his surgeries.

On The Doctors, Justin was, of course, informed of the risks involved including the risk that his implants could eventually deteriorate, leading his body tissue breaks down. “There’s always the potential for something to go wrong, but those risks are pretty nominal,” Justin reasons. “I’m willing to accept these risks but I don’t think anything worthwhile in life comes without taking risks.”

Did Megan Fox have a nosejob? Before and after photos!