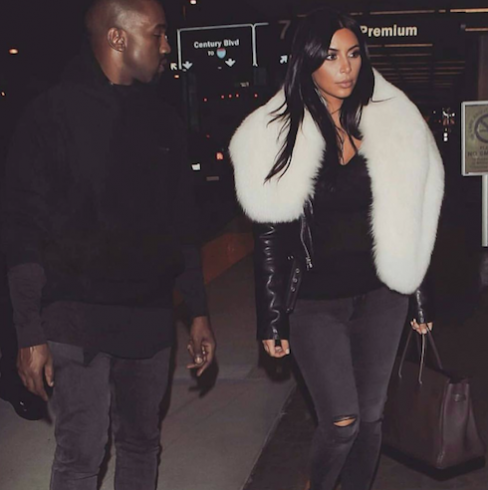 The latest Kim Kardashian pregnancy update brings some troubling news for the reality TV icon. Kim’s baby boy is in breech, and she’s doing everything she can to prevent a birth by C-section. According to her latest website update, Kim has started “intensive” chiropractic work, along with a host of other things, up to and including hypnosis.

Kim, who is entering her 36th week of pregnancy, sounded more upbeat than despondent in her update, despite the fact that she recently called pregnancy “the worst experience of my life.” Among other things, Kim said:

I, of course, will try anything to still turn the baby. I lay practically upside down three times a day for 15 minutes. I play music in the right position and ice my belly in certain spots to get him to squirm out of the breech position. I even started acupuncture where I burn moxa on my pinky toe every day! I am even attempting hypnosis!

Kim went on to reveal that she’ll be attempting a procedure called External Cephalic Version (or ECV), by which doctors attempt to turn the baby from a breech or side-lying position toward a head-down position before labor. The prodecure isn’t typically performed on women before the 37th week of a pregnancy, meaning Kim will be eligible in just a few days.

Last week, Kim made plans to move up her due date from Christmas to “around” Thanksgiving, citing health concerns as the reason.

“It’s been hard,” Kim went on to say, “because I usually go to my mom or Kourtney for baby and pregnancy advice, but they both–with nine total pregnancies!–have never experienced one of these crazy things. I’m doing the research myself and want to share with you what I know. Obviously, if it’s an emergency and for the safety of my son, I will get a C-section—but if I don’t need one, I’d rather not.”