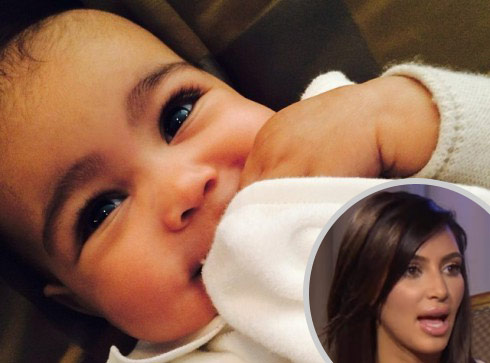 Following up on our top story of the day, Kim Kardashian has denied waxing her daughter North’s eyebrows after an adorable photo she shared ignited a firestorm of accusations to the contrary.

In a statement to The Daily Mail, a rep for Kim stated that the allegations are “completely false.”

She followed that up just now with these tweets:

Do people really think I would wax my daughters eyebrows so young? Come on, I’d wait until she’s at least 2 1/2!

I'm kidding!!! Its pretty sick for people to insinuate that I would wax my daughters eyebrows. They are thick, natural and amazing!

Our comparison photos from earlier kind of lead us to the same conclusion that Kim hadn’t done it. Many of our readers felt the same.